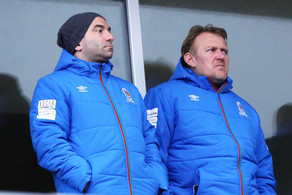 Head coach of the Azerbaijani national team Robert Prosinecki has postponed his trip to Antalya for observing the winter training camp of U21 team and clubs playing in the Premier League.

According to Report, the statement came from head coach's translator Aydin Rustamov said. According to him, the Croatian expert couldn't go to the neighboring country due to his personal business. It is unknown whether 48-year-old specialist will go to Turkey or not.

Notably, Robert Prosinecki also had to watch the performances of the U21 player of the Dutch club "Feyenoord", a football player of Turkish origin Ozan Kökcü invited to Antalya.

According to the program, the Croatian expert had to leave for Turkey on January 13.