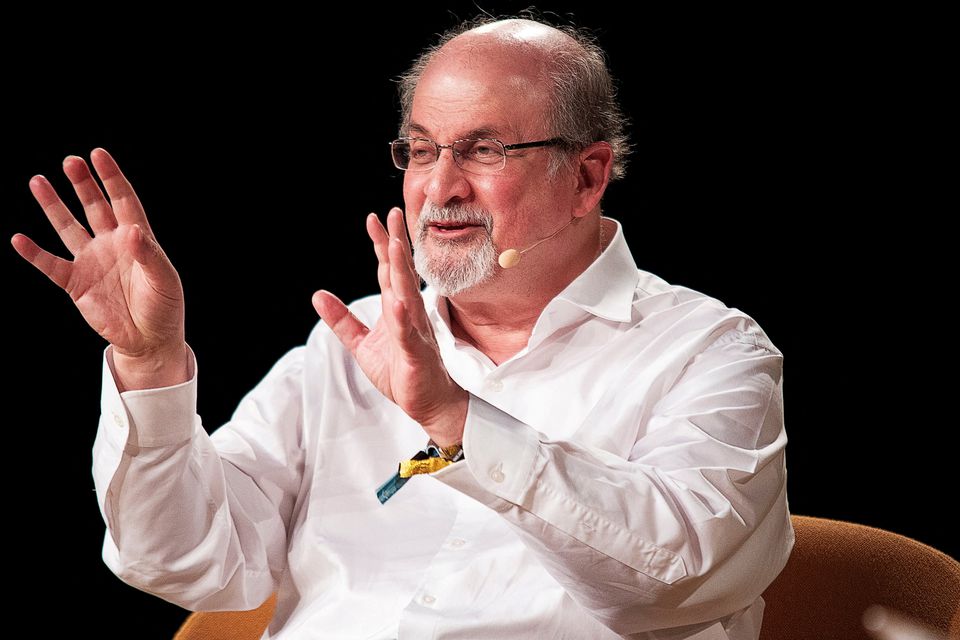 In an interview conducted just weeks before he was stabbed and seriously wounded by an attacker in New York state, author Salman Rushdie said his life was now "relatively normal", after having lived in hiding for years because of death threats, News.az reports citing Reuters.

Rushdie talked in the interview with Germany's Stern magazine about the threats he sees to U.S. democracy. He also called himself an optimist, and noted that the fatwa, a religious edict issued in Iran in 1989 that called on Muslims around the world to kill him for blasphemy, was pronounced long ago.

The interview is due to appear in the magazine on Aug. 18, but Stern released it on Saturday, a day after the attack on Rushdie. The interview was conducted about two weeks ago, the magazine's editorial office said.

The leader of Iran’s 1979 Islamic revolution, the late Ayatollah Ruhollah Khomeini, issued the fatwa after Rushdie's novel "The Satanic Verses" book was condemned as blasphemous. He went into hiding for nearly a decade but in recent years has lived relatively openly.

Indian-born Rushdie, who became a U.S. citizen in 2016 and lives in New York City, said he was worried about threats to democracy in the United States.

These were driven by racism and hatred of the accomplishments of liberalism, and constituted "a preliminary stage of fascism," he said.

"(Former U.S. President Donald) Trump's victory over truth is most important there. His people believe that they are lied to by the others, not by him," he said.

Trump claims falsely that the November 2020 presidential election that he lost to Joe Biden was stolen through widespread voting fraud.

Asked whether he was nostalgic, Rushdie, 75, said, "Not necessarily. I love history, but when it concerns my own life, I prefer to look ahead."

New York police have identified the suspect in the attack on Rushdie as Hadi Matar, a 24-year-old man from Fairview, New Jersey, who had bought a pass to the event at the Chautauqua Institution. Police have not established a motive.