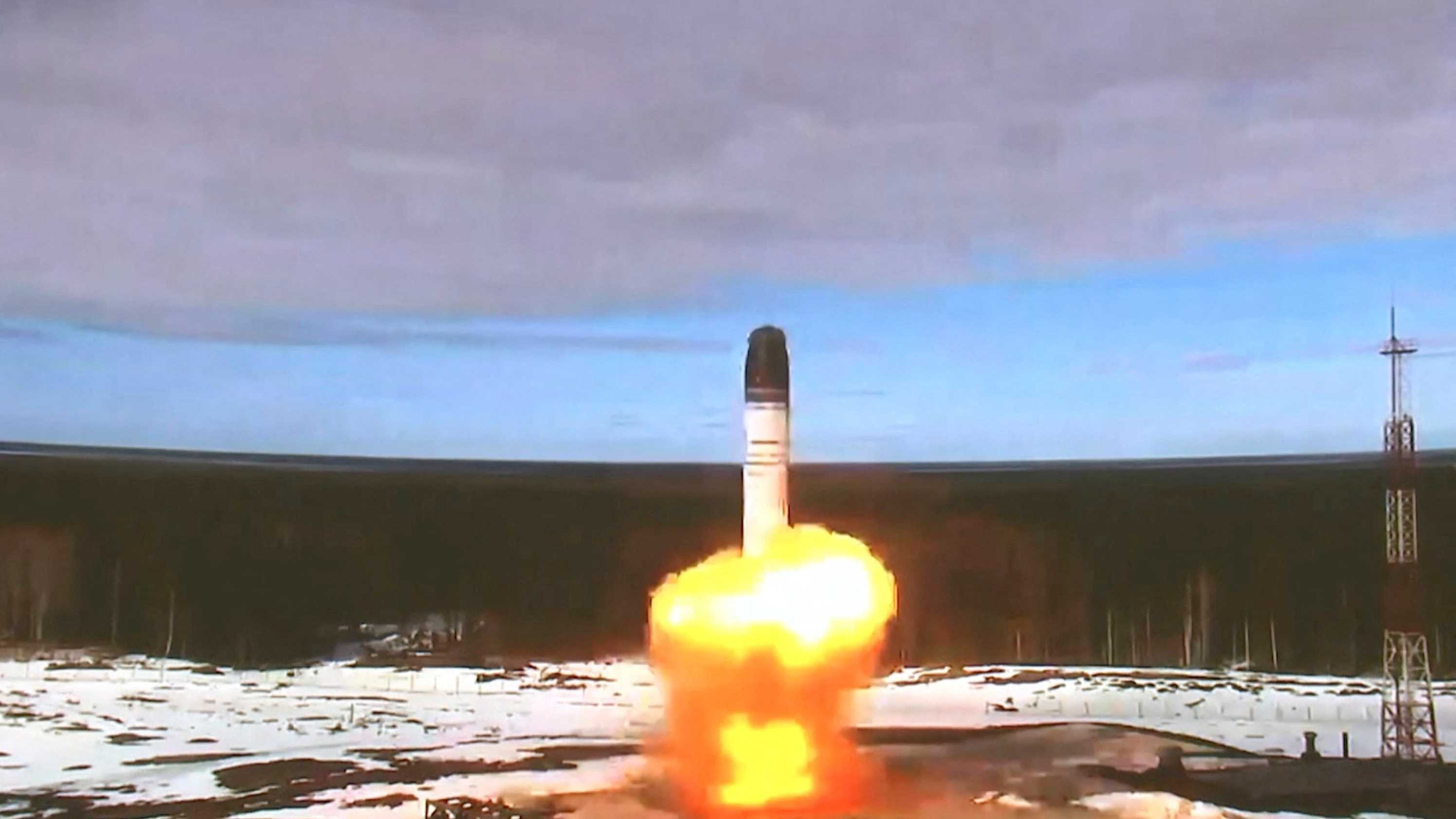 Russia has said it had test-launched its Sarmat intercontinental ballistic missile, a new addition to its nuclear arsenal, which Vladimir Putin said would give Moscow’s enemies something to think about, News.az reports citing TASS.

The Russian president was shown on television being told by the military that the missile had been launched from Plesetsk in the north-west and hit targets in the Kamchatka peninsula in the far east.

“The new complex has the highest tactical and technical characteristics and is capable of overcoming all modern means of anti-missile defence. It has no analogues in the world and will not have for a long time to come,” Putin said.

“This truly unique weapon will strengthen the combat potential of our armed forces, reliably ensure Russia’s security from external threats and provide food for thought for those who, in the heat of frenzied aggressive rhetoric, try to threaten our country,” he said.