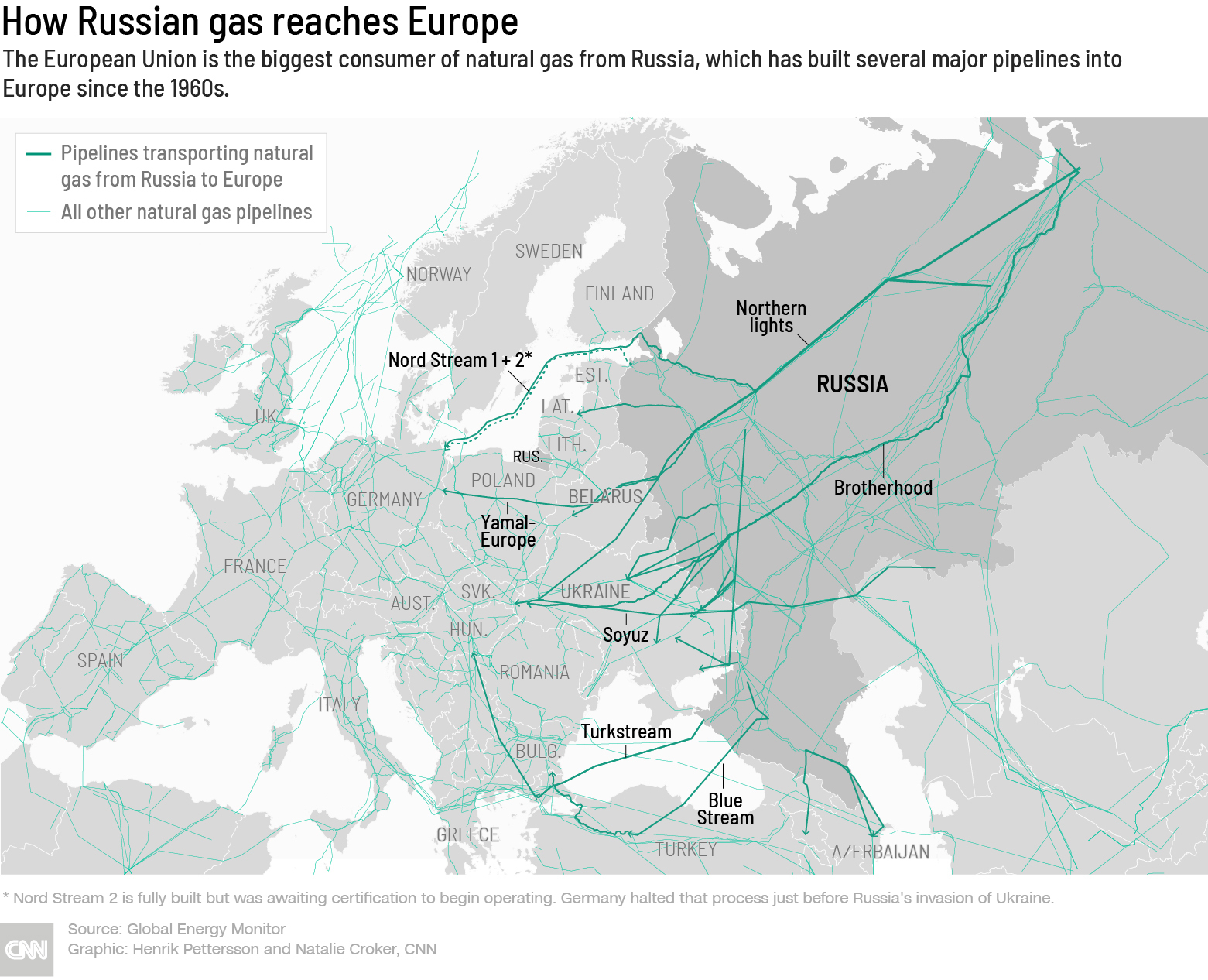 “In connection with the unfounded accusations against Russia … and the imposition of a ban on Nord Stream 2, we have every right to take a mirror decision and impose an embargo on gas pumping through the gas pipeline Nord Stream 1, which today is loaded at the maximum level of 100%,” Russia’s Deputy Prime Minister Alexander Novak said in a televised address, noting the decision by German regulators last month to halt the certification of Gazprom’s second pipeline, Nord Stream 2.

Russia supplies about 40% of Europe’s gas. Germany, the bloc's biggest economy, relies on Russia for almost 50% of its natural gas.

US Secretary of State Antony Blinken said on Sunday that the US and allies were actively exploring ways to ban Russian oil imports, which would damage Russia’s economy even further as it tries to cope with crippling economic sanctions.

The West has been reluctant so far to impose significant sanctions on Russia’s energy sector because of how it might impact the global economy but are now getting closer to doing so as Europe works to diversify its energy sources.