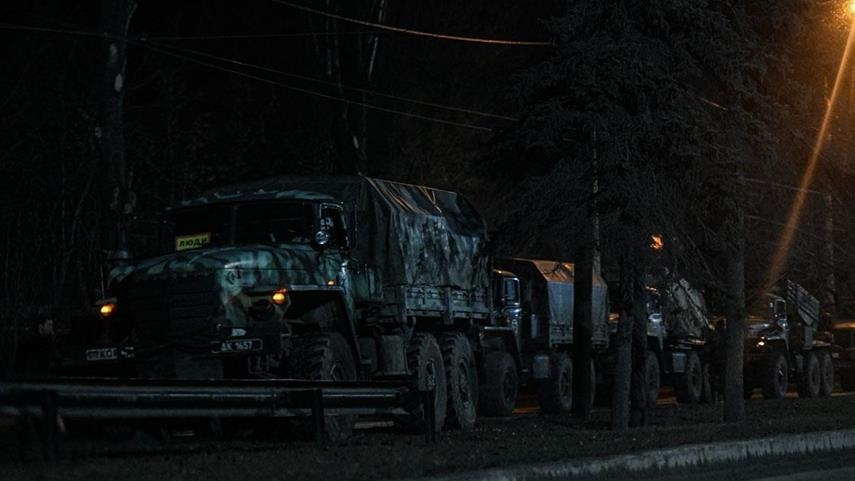 On social media, Deputy Defense Minister Anna Malyar said Russian soldiers had seized two Ukrainian vehicles as well as Ukrainian soldiers' uniforms and are advancing towards the Kyiv city center from Obolon, a northern residential district of the capital some 12 kilometers (7.5 miles) from the center.

"A convoy of Russian military trucks are following them. They will surely be neutralized," Malyar added.

Separately, according to a Ukrainian General Staff statement, the Ukrainian Air Force is protecting the skies of Kyiv, and since 4 am (0200GMT) Ukraine’s air defense system has blocked rocket attacks on the capital.

Sirens and several explosions were heard early Friday in both Kyiv and Lviv, a city in western Ukraine some 540 km (336 miles) from the capital.