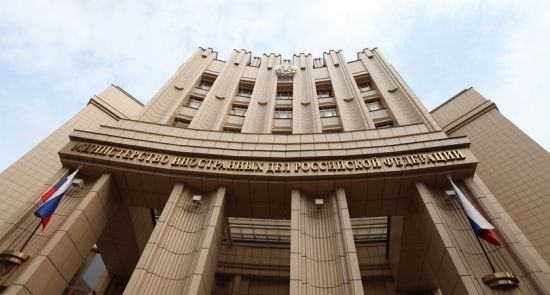 Responding to the question regarding the situation around the Russian citizen A. Lapshin, it was repeatedly noted that the Russian Ministry of Foreign Affairs keeps the issue under constant control and takes all possible measures to protect his rights. In this regard, we would like to know whether the Russian Foreign Ministry is taking any measures to protect Russian citizen D. Askerov, who in December 2014 was sentenced to life imprisonment by an illegal court of the so-called NKR?” assistant of head of the press center of the Russian Foreign ministry Artyom Kozhin noted that they were touched by the attention of the Azerbaijani media to their work to protect Russian citizens: “Let me assure you that the Russian Ministry of Foreign Affairs consistently defends the legitimate interests of all Russians, regardless of their nationality,” APA reports quoting the webpage of Russian Foreign Ministry

In Kozhin’s response it is noted that the Russian authorities cannot control the movement of their citizens abroad. According to him there are "white spots" in the story.

“So, we do not know for certain whether Baku knew of the intention of this Russian citizen to visit the conflict zone. But the fact is that we received a copy of his identity card from the Azerbaijani authorities after D. Asgerov’s arrest in Nagorno-Karabakh.”

“I cannot say with certainty if D. Askerov was encouraged to violate the recommendation of the Russian Foreign Ministry,” adds Kozhin.

In July of 2014, Russian citizen Dilgam Asgarov and Azerbaijani citizen Shahbaz Guliyev were taken hostage and another Azerbaijani citizen Hasan Hasanov was shot to death by Armenian soldiers while trying to visit their homeland in Azerbaijan’s Kalbajar district, which is under Armenian occupation.

Hasan Hasanov’s body was taken from the enemy and buried in Baku.

On December 19, 2014, an illegal court of the separatist regime in occupied Nagorno-Karabakh conflict sentenced Dilgam Asgarov to life in prison, Shahbaz Guliyev to 22 years in prison.