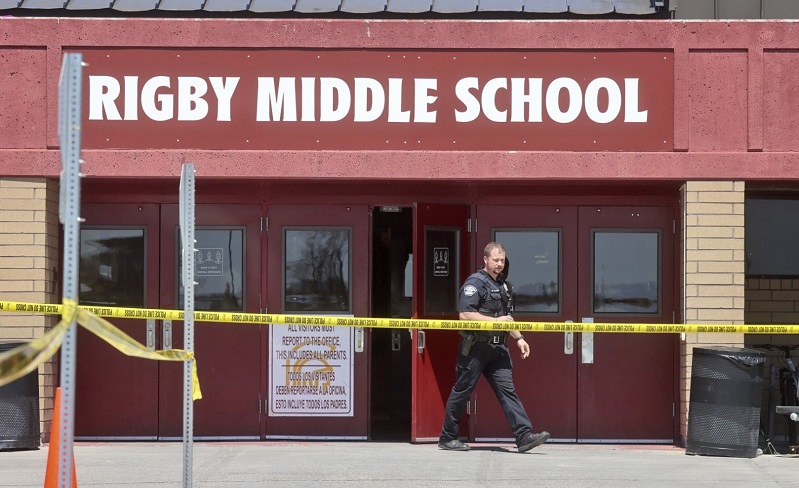 Two students and a staff member were injured at a school in the U.S. state of Idaho after a sixth grade girl opened fire with a handgun, authorities said Thursday.

The three victims were shot in their limbs and are expected to survive, officials said at a news conference. Jefferson County Sheriff Steve Anderson said the girl pulled a handgun from her backpack and fired multiple rounds inside and outside Rigby Middle School in the small city of Rigby, about 95 miles (145 kilometers) southwest of Yellowstone National Park.

A female teacher disarmed the girl and held her until law enforcement arrived and took her into custody, authorities said, without giving other details. Authorities say they are investigating the motive for the attack and where the girl got the gun.

The attack appears to be Idaho’s second school shooting. In 1999, a student at a high school in Notus fired a shotgun several times. No one was struck by the gunfire, but one student was injured by ricocheting debris from the first shell.

In 1989, a student at Rigby Junior High pulled a gun, threatened a teacher and students, and took a 14-year-old girl hostage, according to a Deseret News report. Police safely rescued the hostage from a nearby church about an hour later and took the teen into custody. No one was shot in that incident.