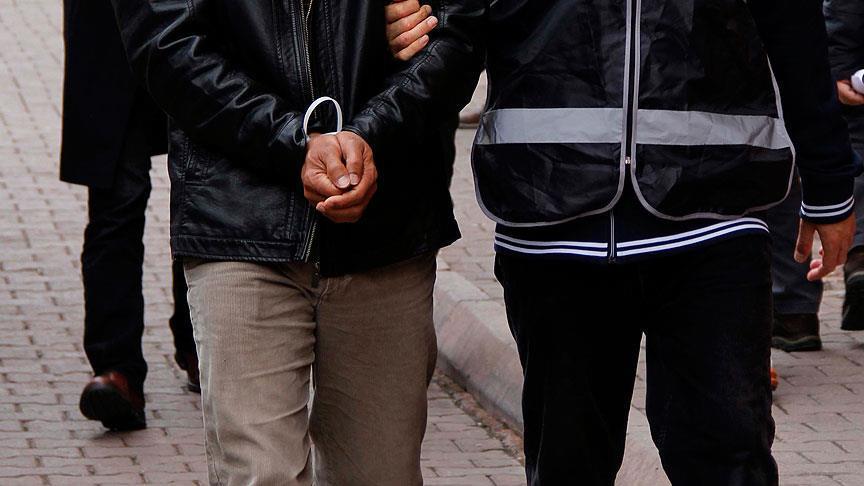 Sixty people allegedly linked to the Fetullah Terrorist Organization (FETO), blamed for last July’s coup attempt in Turkey, were detained on Tuesday, according

The arrest warrants were issued for a total of 265 suspects following an investigation carried out by the Constitutional Crime Investigation Unit of Ankara Chief Public Prosecutor’s Office, the source, who asked not to be named due to restrictions on speaking to the media, said, according to Anadolu Agency.

The main objective of investigation is to collapse FETO’s Ankara networks, it added.

An Ankara-based operation saw arrests in 20 provinces to detain 60 people including regional representatives of the group, the source said.

Separately, a court in Istanbul remanded eight out of 54 former judicial officials who were arrested as part of a FETO probe. Forty-six other suspects were released under restrictions.

FETO, led by U.S.-based Fetullah Gulen, has been accused of orchestrating the defeated coup of July 2016 that left 249 people martyred, and around 2,200 others wounded.

Turkey's government accuses the FETO terror network of staging the coup attempt as well as being behind a long-running campaign to overthrow the state through the infiltration of Turkish institutions, particularly the military, police and judiciary.

Since the foiled coup, operations have been ongoing in the military, police and judiciary, as well as in other state institutions across the country, to arrest suspects with alleged links to FETO.