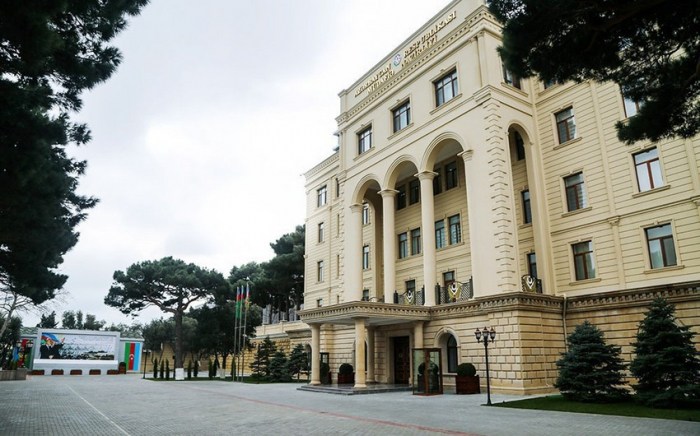 During the day on October 18 and on the night of October 19, combat operations continued against the Armenian armed forces that attempted to resist in the Aghdere-Aghdam, Fizuli-Hadrut-Jabrayil directions, as well as along the Araz River.

As a result of the operations carried out by the Azerbaijan Army, a number of Armenian troops, 2 T-72 tanks, 2 BM-21 "Grad" MLRS, 1 D-30, and 1 D-20 gun-howitzers, and 11 auto vehicles were destroyed and wrecked in different directions of the front.

At the same time, it became known that the commander of the battalion, which was carrying out a combat mission in the defensive zone of the 1st infantry regiment of the Armenian armed forces, which had lost battle positions in many directions, withdrew from their combat positions together with his military personnel. The chief of staff of the 63rd tank battalion, located in the defense area of the regiment, was killed, and the commander of the 1st battalion and his deputy Gevorg Makaryan were wounded.

Some of the personnel of the battalion in the defense area of the 5th mountain regiment were killed, while others left the battle positions and fled. Major Hayk Stepanyan, the deputy commander of the battalion was among the dead. The information has been obtained that there was a lack of food, fuel, and ammunition in the units of the regiment.

Check-points have been set up on the roads in the occupied territories to prevent reservists, volunteers, as well as the males under the age of 55 who want to flee to Armenia. During the inspection of auto vehicles in these areas, it was found out that there were attempts to withdraw a large number of weapons, military uniforms, and equipment, as well as bedding from the combat zone to Armenia.