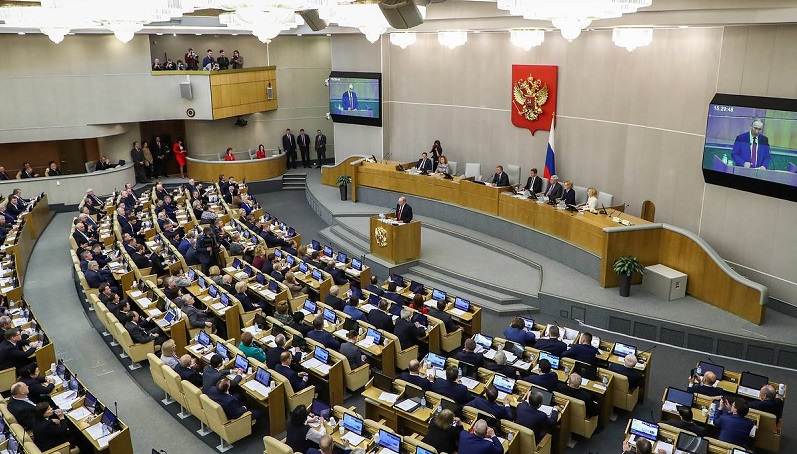 Russia's lower chamber of the parliament -- the State Duma -- adopted on Wednesday the third reading of a bill, allowing acting President Vladimir Putin to run for two more terms.

Apart from resetting previous terms of acting presidency, the bill sets requirements for presidential nominees -- such as Russian citizenship and a minimum age of 35. The nominees must have permanently resided in Russia for at least 25 years, and never had citizenship or a residence permit of another state.

This provision does not apply to Russians who "previously had the citizenship of a state that was adopted or part of which was adopted in the Russian Federation under the federal constitutional law."

Also, the bill introduces an age limit of 30 for a person who holds the chair position of the Central Election Commission, as well as the condition of being a Russian citizen.

Last year, Russia held a vote on constitutional amendments, and following the vote, Russian lawmakers started making the existing legislation in line with the new version of the constitution.