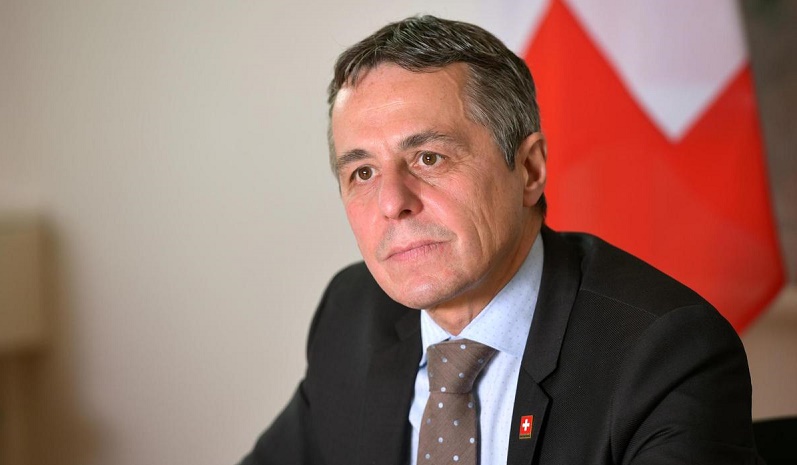 Switzerland has expressed readiness to host the next possible summit between Russia and the US, President Ignazio Cassis told TASS on Friday.

"Switzerland is always ready to host a meeting between these states to foster resolutions aimed at establishing peace and security all over the world," the president noted.

On Friday, the talks between Russian Foreign Minister Sergey Lavrov and US Secretary of State Antony Blinken took place in Geneva. After that, Cassis held bilateral meetings with them, addressing security issues in Europe, transatlantic relations and developments on the Russian-Ukrainian border. "Switzerland is concerned over growing tensions. We are totally convinced that dialogue is the only way to reinforce security in Europe," the Swiss leader said at a press conference, noting the country’s willingness to "provide its good offices when they would be useful and needed."

The Russian and US presidents, Vladimir Putin and Joe Biden, met in Geneva in mid-June 2021. The talks were held behind closed doors for almost two hours and, according to both sides, were constructive. The Geneva talks between Russia and the US were their first since 2018.