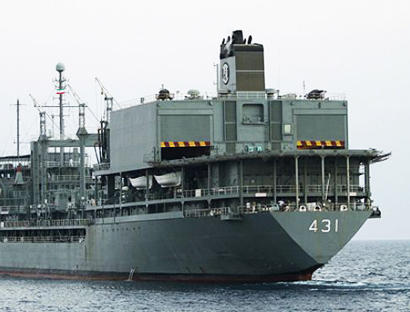 Iranian and Russian navy officials in a meeting in Makhachkala, the capital city of the Republic of Dagestan, discussed ways to improve bilateral naval cooperation.

During the meeting, commander of the Iranian naval fleet, Captain Mohsen Sheidayee underlined that the trip is aimed at strengthening the good and constructive cooperation between the two countries in naval affairs, Fars news agency reported March 13.

The Iranian flotilla of warships set sail to Makhachkala March 8.

The fleet included the home-made Damavand destroyer and Darafsh missile-launching warship.
Commander of the Russian naval fleet in the Caspian Sea, Sergey Pinchuk, for his part, underscored the need for promoting friendship and peace among the Caspian Sea littoral states.