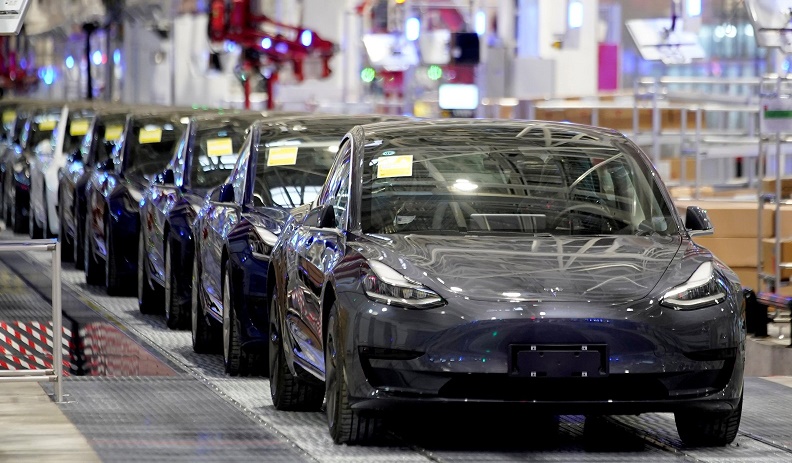 Tesla on Monday breached a trillion dollars in market capitalization, the fifth U.S. company to join the club, which includes Apple, Microsoft, Amazon and Alphabet.

Tesla shares were also buoyed by news of the company's Model 3 becoming the first electric vehicle (EV) to top monthly sales of new cars in Europe.

The news from Hertz comes as Tesla is coping with a backlog of unfulfilled orders for its vehicles amid continuing supply chain disruptions, but it does solidify the mainstream appeal of electric cars.

Fields says the Estero, Florida-based company intends to lead as a mobility company with the largest electric vehicle rental fleet in North America.

"Electric vehicles are now mainstream, and we've only just begun to see rising global demand and interest," he added.

"We absolutely believe that this is going to be competitive advantage for us," Fields said of the Tesla order due to be delivered by the end of 2022. "We want to be a leader in mobility... Getting customers experience with electrified vehicles is an absolute priority for us."

Hertz, which requires customers to refuel gasoline-powered rental cars on return or pay a fee, said for now customers will not have to return Teslas fully recharged.

Hertz has around 430,000 to 450,000 vehicles worldwide, Fields said. He said Hertz would work with other automakers producing electric vehicles.