The Diplomat in Spain: The values of the Democratic Republic of Azerbaijan 102 years later 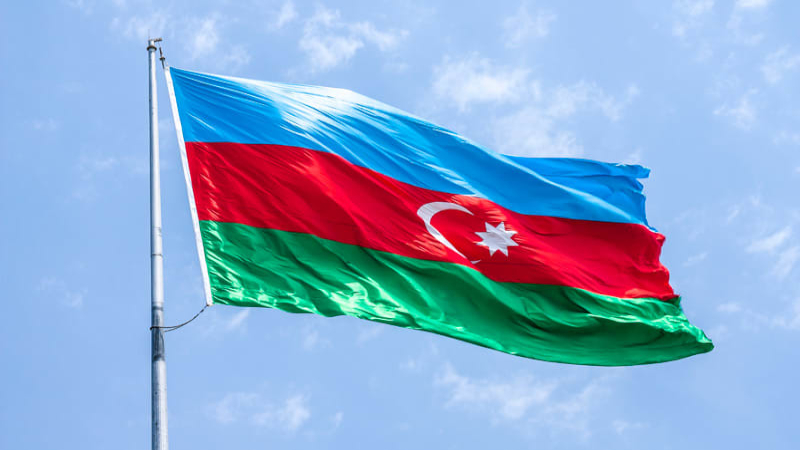 “The Diplomat in Spain” news portal has published an article headlined “The values of the Democratic Republic of Azerbaijan 102 years later”.

Written by Professor at University Rey Juan Carlos (URJC) and Member of the Presidency’s Council of Paneuropa International Carlos Uriarte Sánchez, the article says: “28 May is celebrated in Azerbaijan as Republic Day, which is the date of the declaration of independence in 1918 of the first parliamentary republic in the Islamic world – the Democratic Republic of Azerbaijan. Why is this date so important for all citizens of the world, not only for Azeris? Because it was based 102 years ago on the values of a democratic, secular, parliamentary republic. It had a short lifespan, only 23 months, but it guaranteed equal political and civil rights for citizens, without differentiating them by origin, gender, religion and social status. For example, much earlier than in the vast majority of European countries and the United States, women’s suffrage was granted. In the Spanish case, this would not happen until 1931.

In short, it was a model of progress and modernity for the rest of the world. Unfortunately, its history was short, as the country became part of the USSR from April 27, 1920 until the proclamation of the Republic of Azerbaijan on October 18, 1991.

In the first years of its sovereignty, the Republic of Azerbaijan faced difficult tests in both foreign and domestic policy. As a result of the policy of ethnic cleansing carried out by Armenia, 20 per cent of its territory (the Nagorno-Karabakh region and seven adjacent districts) was occupied; and one million Azerbaijanis became refugees and internally displaced persons. Recently, the respective occupations of the city of Shusha and the region of Lachin were also commemorated on 8 May and 18 May 1992. And what happened in the town of Khojaly on 25-26 February 1992 must not be forgotten.

In this difficult period, on June 15, 1993, Heydar Aliyev returned to power. Thanks to his leadership and clever policy, the country was stabilized and the ceasefire agreement between Armenian and Azerbaijani troops was signed in 1994. During Heydar Aliyev’s presidency (1993-2003), whose 97th anniversary of his birth was celebrated on 10 May, the issue of the Nagorno-Karabakh conflict was put on the agenda of international organizations. In this regard, 4 resolutions adopted by the UN Security Council in 1993, 822, 853, 874 and 884, condemned the occupation of Azerbaijani territories by Armenia and reaffirmed the sovereignty, territorial integrity and inviolability of the international borders of Azerbaijan, called for the immediate, complete and unconditional withdrawal of Armenian armed forces from all occupied territories.

During Heydar Aliyev’s two terms in office, the “Contract of the Century” was signed on 20 September 1994 (involving 13 international companies for the development of three oil fields in the Caspian Sea); the country became a full member of prestigious international organizations; fundamental reforms were implemented such as the adoption of the new Constitution; the Treaty of Partnership and Cooperation with the European Union was signed in 1996 (which entered into force in 1999); the death penalty was abolished in 1998 and Azerbaijan joined the Council of Europe on 25 January 2001.

Today, President Ilham Aliyev successfully continues the foreign policy guidelines set by the National Leader. His numerous reforms have contributed to the growth and stability of Azerbaijan, and he is also an important vector for peace, security, development and regional cooperation.

Within these cooperation policies, those carried out with the European Union in the fields of energy and transport stand out. In 2006, the European Union introduced the Neighbourhood Policy, where Azerbaijan was included together with 5 other countries of the former USSR. Azerbaijan participated in the first Action Plan adopted under this policy. Another important development in 2006 was the signing of the Memorandum of Understanding on Strategic Energy Cooperation. In 2008 the European Union opened its diplomatic mission in Baku. In 2009, a new comprehensive Eastern Partnership Initiative was established during the Prague summit. A joint declaration on the development of the Southern Gas Corridor was adopted in 2011, with the Protocol of Intent on the establishment of the Working Group to be signed later in 2013.

In 2015 the Baku-Tbilisi-Kars railway was inaugurated, connecting the transport infrastructure of Azerbaijan, Georgia and Turkey to the European transport system. The development of Baku as an important regional centre in the Caspian region with the construction of a new seaport, which will be linked by ferry connections with Central Asia, will also serve as a bridge and link between the transport systems of Central Asian countries and Europe. This is a practical contribution by Azerbaijan to the East-West Transport Corridor.

In summary, we can conclude that Azerbaijan, through economic cooperation and the implementation of its major infrastructure projects, has strengthened its economic and political ties with Europe. The Member States of the European Union are the main investors in Azerbaijan. Therefore, the EU is a key trading partner and destination for Azerbaijani exports. In addition, major regional infrastructure projects (BTC, SPC, Baku-Tbilisi-Kars, TANAP/Tasim) link the country and the entire Caspian region to Europe. All this means that it is no coincidence that the regional and global initiatives presented by Ilham Aliyev are highly valued by many states and international organizations and that the country is recognized as a faithful partner. Today’s republic is a faithful heir of that spirit, principles and values of 102 years ago, which make both then and today’s Azerbaijan an example of a modern country for other countries of the region and the world.”