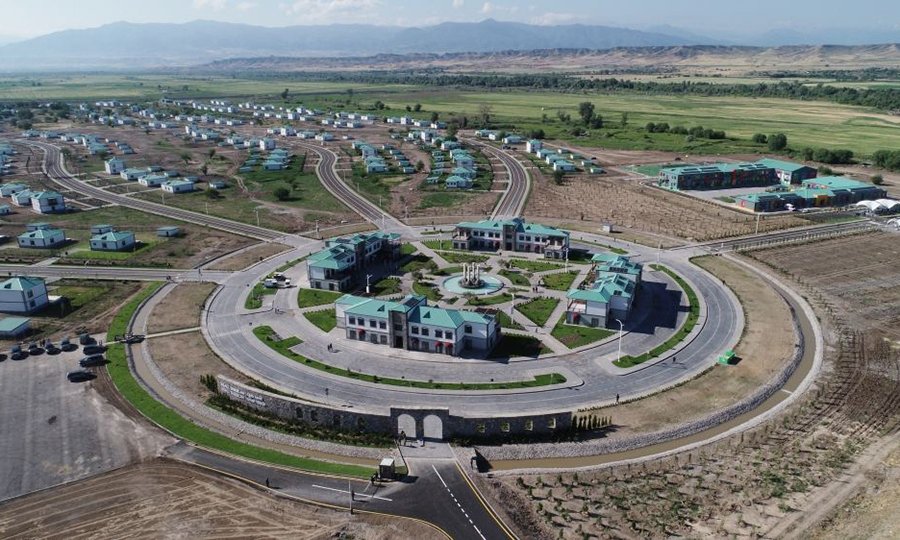 One of the biggest achievements of Azerbaijan after regaining independence was the liberation of the occupied territories.

Azerbaijan liberated the occupied part of its lands as a result of the 44-day war which began on September 27, 2020.

In accordance with the new division of economic regions approved by that Decree, territories liberated from the occupation are included in Karabakh and Eastern Zangazur economic regions.

Rapid, systematic, and planned restoration and reconstruction works are being carried out in the liberated territories - Karabakh and East Zangazur economic regions.

Many practical steps have already been taken in this direction, and master plans of cities and villages have been drawn up.

The Great Return to territories liberated from occupation has been defined as one of the five National Priorities of Azerbaijan until 2030.

Moreover, in order to implement large-scale projects that serve the rapid revival of Karabakh and Eastern Zangazur economic regions, sustainable settlement of the population, and provision of sustainable economic activity, and to ensure a great return, the 'First state program on the Great Return to Azerbaijan's liberated territories' was approved on November 16, 2020.

The State Program which was prepared taking into account global trends and international norms, has set very serious tasks for 2022-2026.

The global development priorities put forward by the United Nations and other international organizations were taken into account while determining the objectives of the measures to be implemented within the framework of this State Program. Over the past decades, factors such as inclusion, development based on equal opportunities and elimination of regional disparities, digital development, local production, "smart" and sustainable settlements, infrastructure, and citizen participation have emerged as new directions of governance in developed countries. During the preparation of the State Program, the mentioned factors were investigated in detail and their possible effects were analyzed. In the preparation of the State Program, progressive international experience, strategic development trends in this field, and the socioeconomic potential of the liberated territories were taken into account.

On May 27, 2022, the opening ceremony of the first stage of the "Smart Village" project was held in Aghali village of Zangilan district with the participation of the President of the Republic of Azerbaijan Ilham Aliyev and First Lady Mehriban Aliyeva.

On July 19, 2022, the resettlement of residents to Aghali village, rebuilt on the basis of the concept of a "Smart Village" in Zangilan district under the Great Return Program to the liberated territories of Azerbaijan, began.

According to the Great Return, 125 members of 25 families returned to Aghali village in the second stage. The first migration caravan consisting of 12 families (63 people) returned to their homes on September 7, 2022. Thirteen other families left for Aghalı village on September 10.

Today, Aghalı village of Zangilan district attracts the whole world with its beauty. Historical monuments are being restored in Shusha, and a school is being built in Fuzuli. These works are carried out at the highest level and form in our other areas.

The article focuses on the great return to the liberated territories