The healthier the food, the happier the child: Study shows 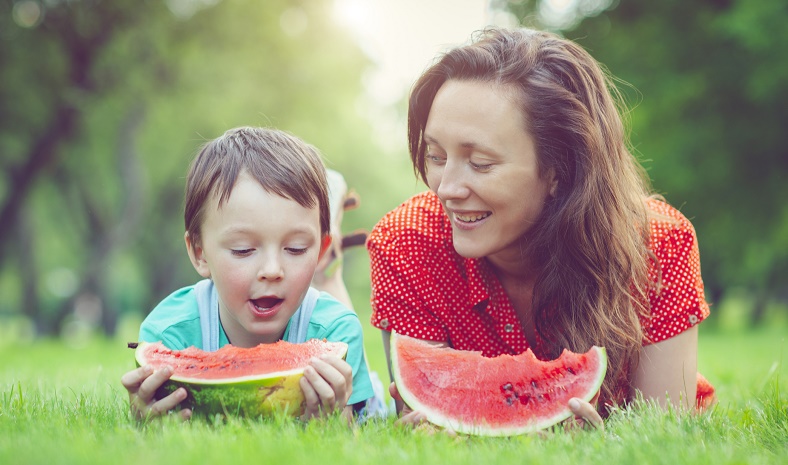 A child's mental well-being is strongly linked to the kind of food she or he is offered every day, according to research that sheds light on the vital role played by a healthy diet from an early age, Daily Sabah reports.

The mental health of older schoolchildren, in particular, improves with a good breakfast and lunch, as well as daily fruit and vegetables, according to research involving 9,000 children in the U.K. carried out by the University of East Anglia in Norwich.

In a statement, Prof. Ailsa Welch, head of the study published in September, says a child's nutrition has as much or even more influence on mental well-being than seeing fighting parents or even violence at home.

According to the study, children who did not eat breakfast had poorer mental well-being, while children who ate five or more portions of fruit and vegetables a day had the highest scores on the test.

"While the links between nutrition and physical health are well understood, until now, not much has been known about whether nutrition plays a part in children’s emotional well-being," Welch says.

"There is a growing recognition of the importance of mental health and well-being in early life – not least because adolescent mental health problems often persist into adulthood, leading to poorer life outcomes and achievement."

The researchers asked the children about their eating habits and studied factors such as cheerfulness, the ability to relax and interpersonal relationships in tests – all of which contributed to their assessment of the children's mental health.

Other possible influencing factors – problematic family relationships, for example – were taken into account.

Health experts have long pointed to a dietary rule of thumb that everyone (not just children) should eat five portions of fruit or vegetables a day.

According to the study, a 6-year-old child should eat 230 grams (8 ounces) of vegetables and 210 grams of fruit per day.

Both can be either raw or cooked, and any vegetables and fruit used in warm meals also count towards the daily recommended amount.