Turkey has given over 96M COVID-19 jabs so far 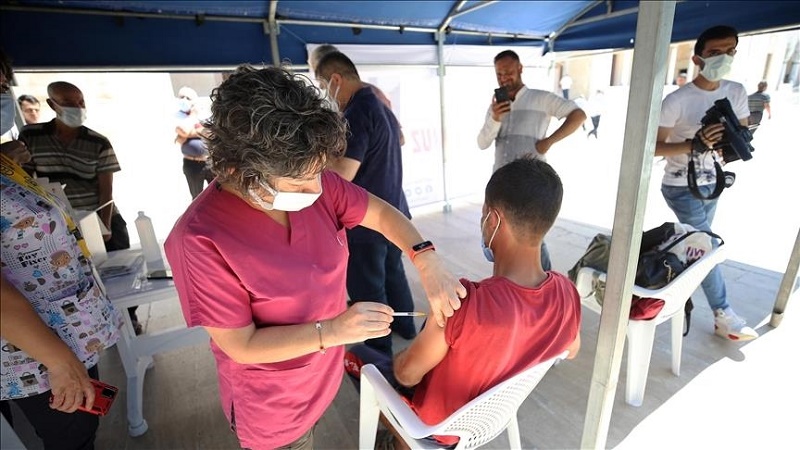 Over 49.1 million people have gotten their first vaccine dose, while nearly 38 million are fully vaccinated, the Health Ministry said.

Turkey has also given third booster shots to over 8.8 million people.

The data showed that at least 79.26% of the country's adult population has received at least one dose of a two-shot vaccine.

The ministry also reported 22,857 new coronavirus cases, while as many as 276 more people died of the disease in the past 24 hours.

"Schools open on Monday. We are committed to a face-to-face and uninterrupted educational year," he tweeted.

Since December 2019, the pandemic has claimed over 4.54 million lives in 192 countries and regions, with more than 219 million cases reported worldwide, according to the US' Johns Hopkins University.