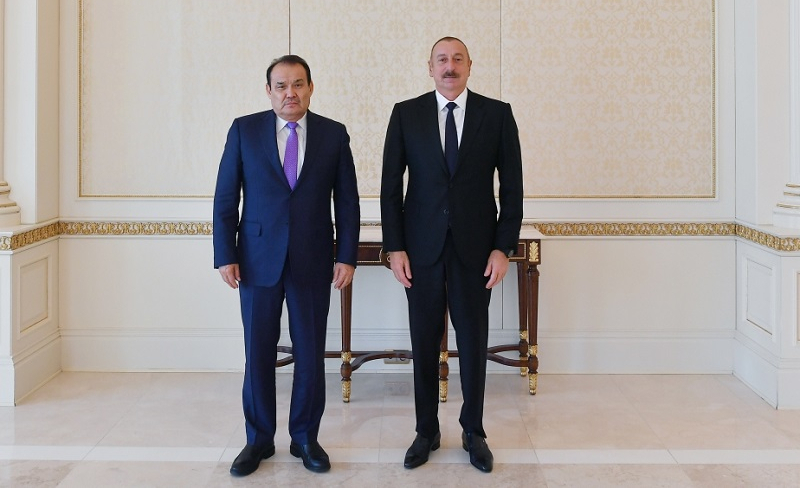 “On behalf of the Turkic Council and on my own behalf, I sincerely congratulate the people of Azerbaijan, the Azerbaijani Army and Your Excellency as the Commander-in-Chief on the occasion of your national holiday, 8 November-Victory Day, and convey my best wishes to you,” Amreyev said in his letter.

He noted that this glorious victory has opened new horizons for further deepening of our cooperation, for the strengthening of national identity and solidarity not only in brotherly Azerbaijan but also in the whole Turkic world in general.

“At the same time, the new political reality and conditions created by Your Excellency with the restoration of the internationally recognized territorial integrity of the Republic of Azerbaijan will give impetus to stability, comprehensive cooperation and sustainable development in our region,” the Turkic Council chief said.

“I would like to emphasize that during the Turkestan Summit held on 31 March this year, our member states once again unanimously welcomed the liberation of Azerbaijani lands and expressed their solidarity with the Government and the people of Azerbaijan in their efforts to restore, rebuild and reintegrate the conflict-affected areas.”

“I would like to reiterate my confidence that the transport, communication and infrastructure projects to be implemented in the Zangazur Corridor, which will unite the Turkic world thanks to Your Excellency's leadership and determination, will make an important contribution to economic development, peace and stability of all countries of the regions,” Amreyev said.

“Remembering with utmost respect the martyred Azerbaijani soldiers, I once again congratulate Your Excellency on the Victory Day and wish all the people of Azerbaijan peace, prosperity and progress,” he added.