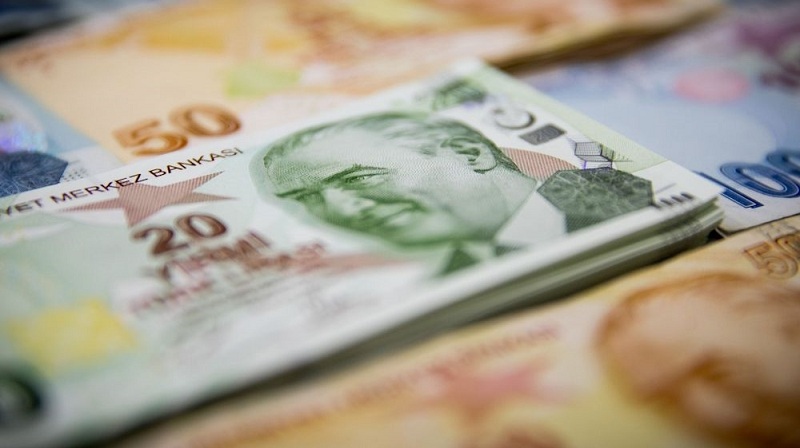 The Turkish lira was up Thursday after hitting a record low on Tuesday, with analysts citing a JPMorgan recommendation to buy the currency as a volatile monthlong sell-off showed signs of losing steam, Daily Sabah reports.

The exchange rate had started the day on Thursday at 7.37, down from 7.38 at the previous close.

In their bullish note to clients, JPMorgan technical analysts said they had observed a "clear loss" of selling momentum in the last two weeks and that the currency could rally, especially if it breaks below 7.19 versus the dollar.

The Wall Street bank said there was a "substantial risk" that the lira would strengthen more.

The currency has shed nearly 19% of its value so far this year, prompting the central bank to tighten money supply through back-door channels that analysts said have helped keep it relatively steady since around Aug. 10.

The Central Bank of the Republic of Turkey (CBRT) recently took several steps to tighten liquidity conditions to support the lira such as halving the overnight borrowing limits of lenders and cutting liquidity limits offered to primary dealers to zero.

Last week it also raised the reserve requirement ratios for banks fulfilling real credit growth conditions in a bid to withdraw liquidity from the markets.

It decided to raise foreign exchange reserve requirement ratios for banks fulfilling real credit growth conditions by 700 basis points for precious metal deposit accounts and by 200 basis points for all other FX liabilities for all maturity brackets.

The move came after the CBRT last week kept its key interest rate unchanged at 8.25% for the third straight meeting in line with the market expectations, saying it would continue with its liquidity measures.

It came following a nearly yearlong easing cycle that saw the policy rate cut aggressively from 24%.