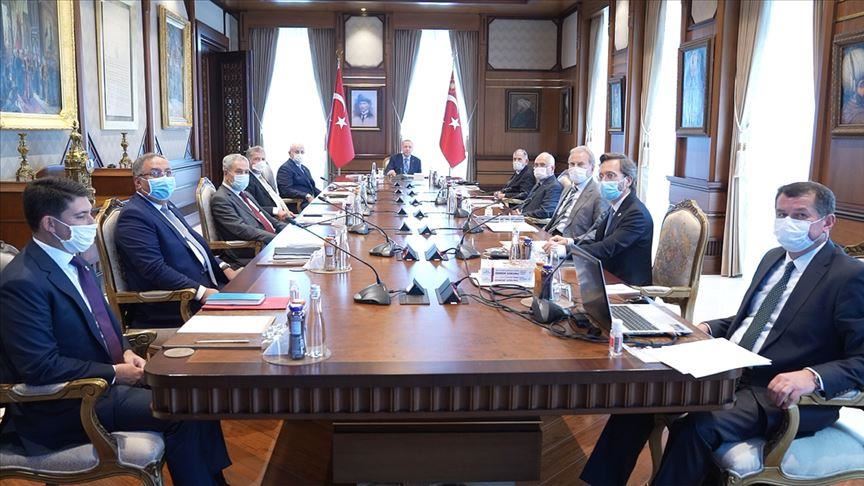 High Advisory Board of Turkish presidency gathered on Tuesday to discuss how to respond to "groundless and anti-Turkey allegations" regarding the events of 1915, Anadolu Agency reports.

Following the five-hour meeting behind close doors, Communications Director Fahrettin Altun said in a statement President Recep Tayyip Erdogan reiterated that Turkey would not allow the "hostility seeds" that sought to be sown through "distorted historical events."

The statement accused what it referred to as the "Armenian lobby" of exploiting the "challenging and painful era endured by all Ottoman citizens for the sake of political calculations through lies and slanders that were invented by various power groups."

Altun said that during the meeting, "comprehensive steps" were discussed to prevent the Armenian lobby from using 1915 events to "defame Turkey and our nation and also the propaganda made by countries through unrealistic allegations that manipulate the issue with political calculations."

It also deliberated on projects and activities set to "shed light" on the issues with historical and legal aspects, along with "facts for the national and international public," he added.

Turkey's position on the events of 1915 is that the deaths of Armenians in eastern Anatolia took place when some sided with invading Russians and revolted against Ottoman forces. A subsequent relocation of Armenians resulted in numerous casualties.

Turkey objects to the presentation of these incidents as "genocide," describing them as a tragedy in which both sides suffered casualties.

Ankara has repeatedly proposed the creation of a joint commission of historians from Turkey and Armenia as well as international experts to tackle the issue.