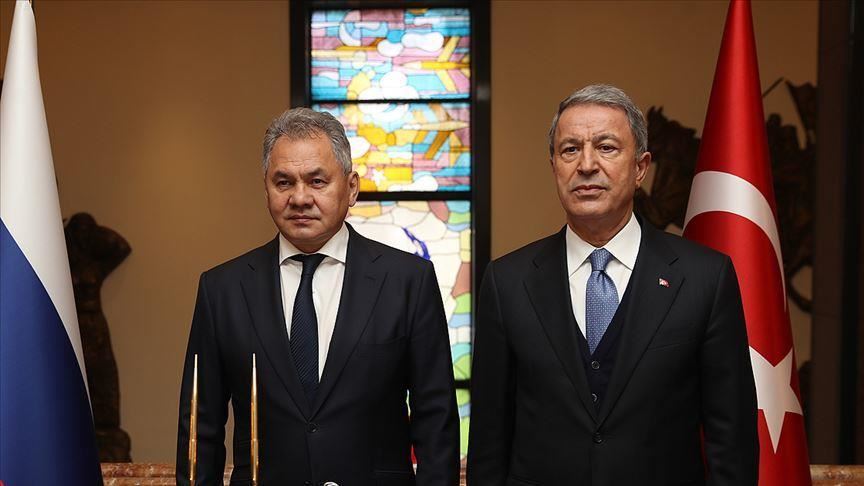 The defense ministers of Russia and Turkiye Hulusi Akar and Sergei Shoigu, expressed satisfaction with the extension of the Istanbul agreements on agricultural exports from Ukrainian ports, the Turkish Defense Ministry said in a statement on Thursday following a phone call between the defense chiefs, News.az reports.

"Satisfaction was expressed with the extension of the grain initiative, which is making a great contribution to efforts to overcome a global food crisis, as well as with cooperation and interaction on the issue," the statement reads.

The agreements on Ukrainian food exports were made for a term of 120 days in Istanbul on July 22.