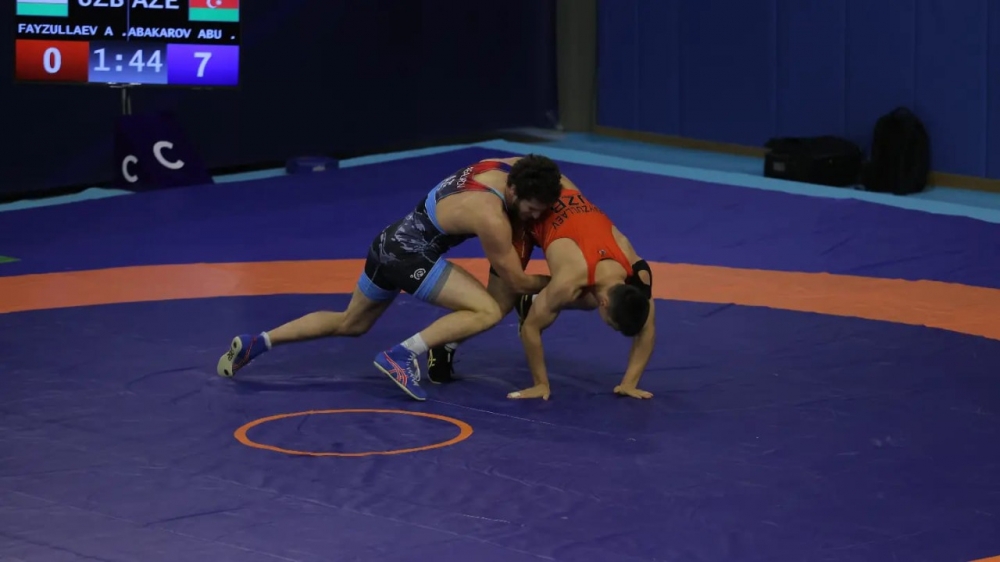 Azerbaijani freestyle wrestlers Turan Bayramov (74kg) and Abubakr Abakarov (86kg) have progressed to the final of the 5th Islamic Solidarity Games in the Turkish city of Konya, News.az reports.

On the way to the final, Bayramov and Abakarov defeated Algerian Abdelkader Ikkal and Turkish Osman Gocen respectively.

The 5th Islamic Solidarity Games, which will run until August 18, bring together more than 4,000 athletes from 56 countries competing for 483 sets of medals in 24 sports.