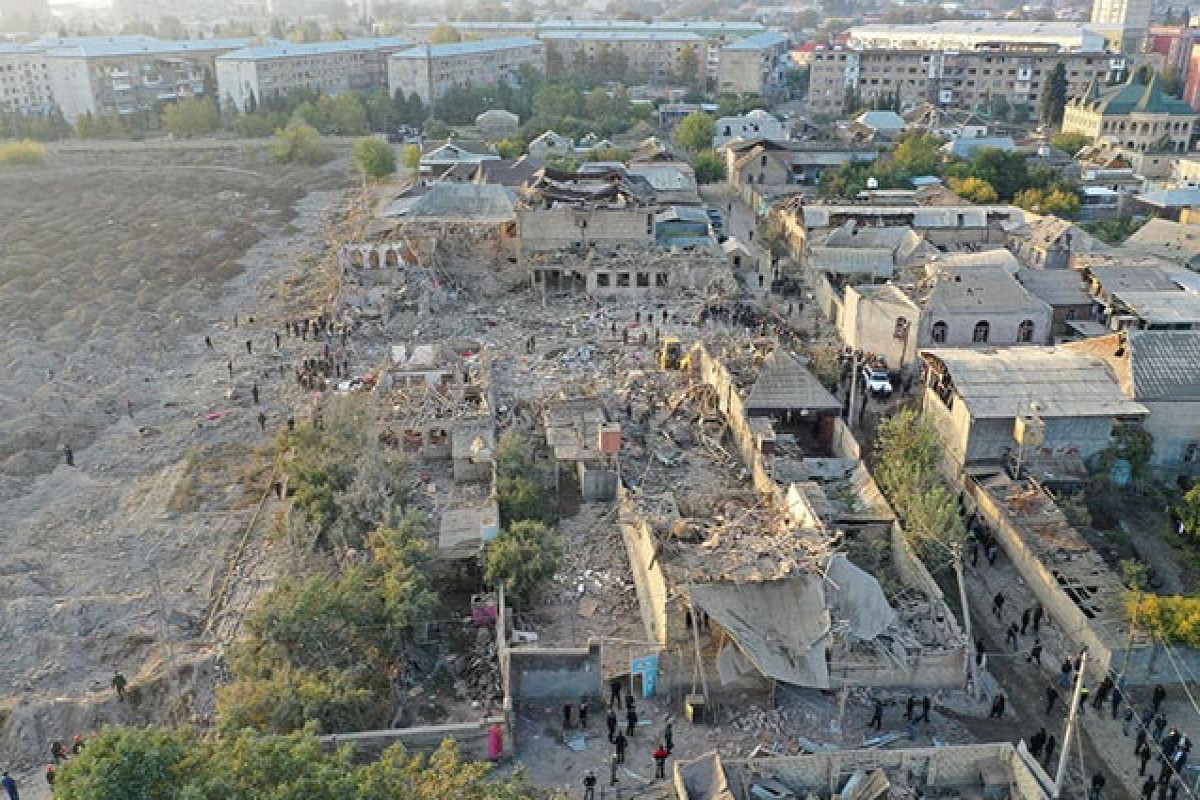 Armenian Armed Forces committed another terrorism in Ganja at 2:00 a.m on October 11, 2020.

Thus, Ganja, which is situated far from the zone of military operations, was subjected to fire from Armenian territory using tactical ballistic missiles from Scud-B Tactical Operational Missile Complex.

As a result, residential buildings located around Victory Park were destroyed, 10 people were killed including 5 women, and 35 were injured including 6 children and 16 women.

During the Patriotic War, the city of Ganja was attacked by the Armenian Armed Forces with missiles and heavy artillery five times in total. 26 persons were martyred, and 175 people were injured, as a result.