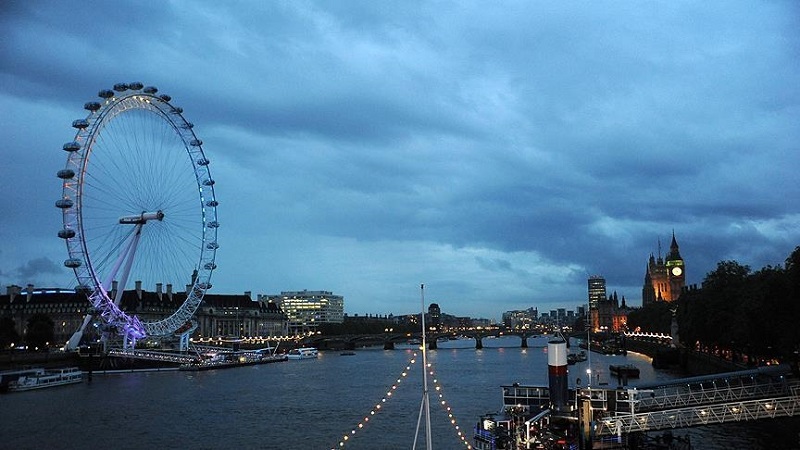 A leading British scientist said in an interview on Friday that the UK is “past the pandemic period,” Sky News reported.

Tim Spector is a professor of genetic epidemiology at King’s College London and runs the ZEO COVID app, which helps researchers by tracking new symptoms and other data. It has been downloaded 4.5 million times.

Spector said: “We have one of the lowest rates in Europe,” and that it was “still dropping slowly at around 10% over the last week”.

He pointed to new data from the app that showed "the average risk for someone of having symptomatic Covid is really low at the moment -- we're estimating as low as one in 40,000."

“People should be much more relaxed and less stressed out” about going out in public, he said, adding: “For me this is a very reassuring picture and we should be a bit more upbeat about it.”

Spector continued: “It looks like at the moment we're past that pandemic period and we're moving into what we call the endemic period, where we get low levels of infection and occasional outbreaks that don't spread to the rest of the population and the general risk is low.”

Meanwhile, it was announced on Friday that for the third time this week the age limit for Covid vaccinations in England has been reduced, and that all people over-40s can now book an appointment.

NHS England chief executive Sir Simon Stevens said: “With nine-tenths of people aged 45 and over having been jabbed, nearly three quarters of a million new appointments were made in just two days as our booking service opened to people aged 42 to 44.

“With second doses also proceeding apace, we're now ready to invite all those aged 40 and over to join the most successful vaccination drive in health service history.”

Government data released on Friday showed that across the UK over the past 24 hours there were 2,381 more positive cases of COVID-19, bringing the total since the start of the pandemic to over 4.4 million. There were also a further 15 deaths, taking the total to 127,517.

As of April 29, over 34.2 million first doses and over 14.5 million second doses of the vaccine have been administered.