US accuses Russia of 'depravity and brutality' 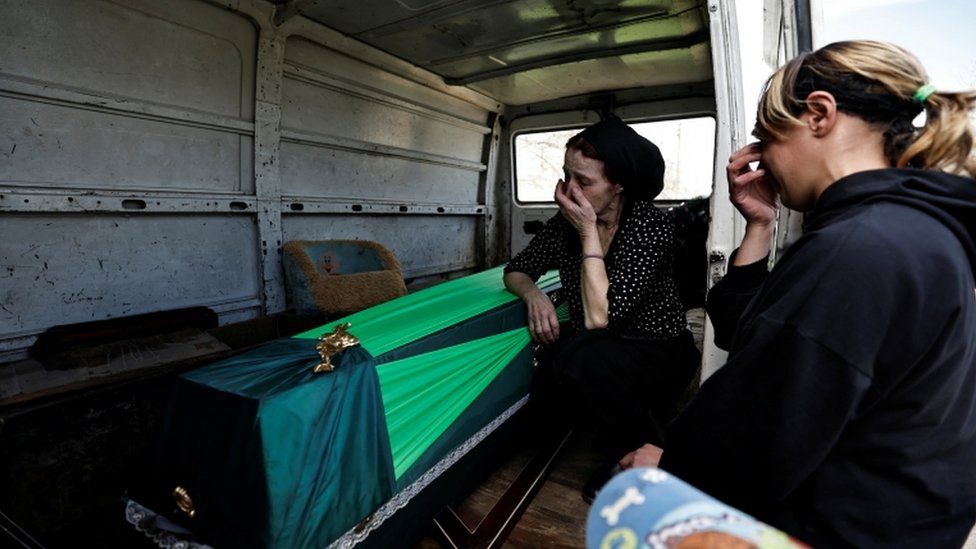 The US defence department has accused Russian President Vladimir Putin of acting with "depravity" in his invasion of Ukraine, News.az reports citing BBC

Spokesman John Kirby became visibly emotional as he asked how anyone "moral" could justify the atrocities committed by Russia.

But he said there was a high risk they could collapse amid Russian aggression.

Speaking to Polish media, Mr Zelensky said he wanted to meet Mr Putin because "a single man decides everything" in Russia.

But the destruction left by Russian forces in occupied areas has made any discussions tenuous, he said. "After Bucha and Mariupol people just want to kill them. When there is such attitude, it is hard to talk about anything."

On Thursday, Ukraine announced a hunt for 10 Russian soldiers accused of war crimes in Bucha - a suburb north of Kyiv where at least 400 civilians were killed.

The Pentagon's John Kirby on Friday appeared to become emotional when asked about Russia's tactics.

"I don't think we fully appreciated the degree to which he [Mr Putin] would visit that kind of violence and cruelty," he said.

Mr Kirby dismissed Mr Putin's stated justifications for the invasion - that he is protecting Russians and Ukraine from Nazism - adding: "It's hard to square that rhetoric by what he's actually doing inside Ukraine to innocent people, shot in the back of the head, hands tied behind their backs, pregnant women being killed, hospitals being bombed."

The BBC's Joel Gunter in Kyiv said there is growing evidence that Russia has forcibly deported large numbers of civilians across the border since it invaded the country in February.

Ukraine's deputy prime minister told the BBC that Moscow has attempted to trade Ukrainian civilians for Russian military prisoners - a move forbidden by the Geneva Convention.

Russia confirmed on Friday that its military had conducted an air strike in Ukraine's capital during a visit by the UN's secretary general. Journalist Vira Hyrch was killed in the attack - the first of its kind in Kyiv in nearly two weeks - after the residential building she lived in was hit by a missile.

Now more than two months into the war, US President Joe Biden has asked Congress for $33bn (£27bn) in military, economic and humanitarian aid for Ukraine - a major ramp-up of American support for Ukraine.

The bumper package has been held up by congressional infighting over US domestic priorities, but US Speaker of the House Nancy Pelosi said on Friday she hoped to get it passed "as soon as possible".

In Kyiv, Mr Zelensky called the bill's passage "concrete proof" that freedom can defend itself against oppression.

"I am sure now that the Lend-Lease will help Ukraine and the whole free world to beat the ideological successors of the Nazis, who started a war against us," he said in a late night address on Friday.

And the UK also said it was deploying some 8,000 troops for exercises across eastern Europe in a show of the Western world's resolve against Russia's continued aggression.