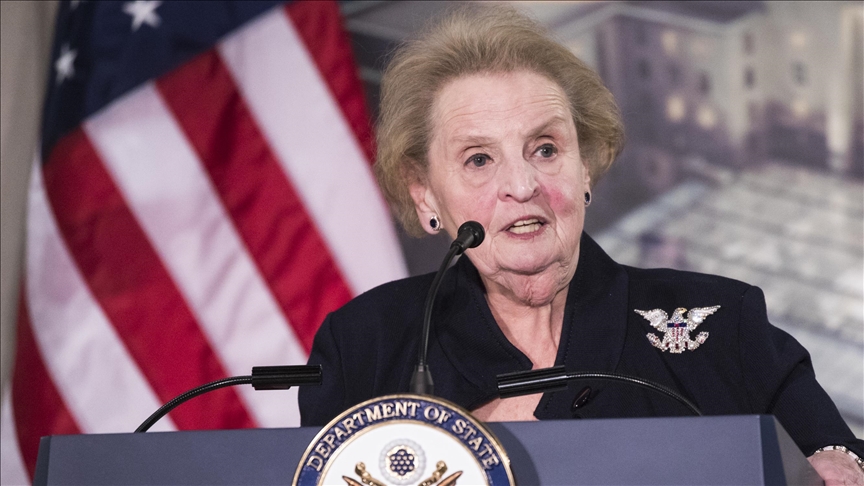 Madeline Albright, the first woman to serve as America's top diplomat, has died, her family announced on Wednesday. She was 84.

Albright died of cancer and was "surrounded by family and friends" when she passed away, according to her family.

"We have lost a loving mother, grandmother, sister, aunt, and friend," the family said in a statement posted to Twitter.

Albright was born in former Czechoslovakia, and came to the US as an 11-year-old refugee in 1948. She went on to rise to the highest echelons of American policymaking, serving as the first female secretary of state from 1997 to 2001 under former President Bill Clinton.

She had previously served as Clinton's ambassador to the United Nations from 1993 to 1997.

Linda Thomas-Greenfield, the US's UN envoy, hailed Albright as a personal inspiration, and for generations of public servants, saying ahead of a critical vote on a General Assembly draft resolution on Ukraine that she hopes to "do justice for her memory today."

"She left an indelible mark on the world, and on the United Nations. Our country and our United Nations are stronger for her service," Thomas-Greenfield said in the UN General Assembly Hall. "Today I grieve her as my friend, and extend my condolences to her family.”

Albright was awarded the Medal of Freedom, the US's highest civilian honor, by former President Barack Obama in 2012. She said at the time that she was made "almost speechless" when she found out that she would be receiving the honor.