US strike in Yemen kills al-Qaeda emir, two other members 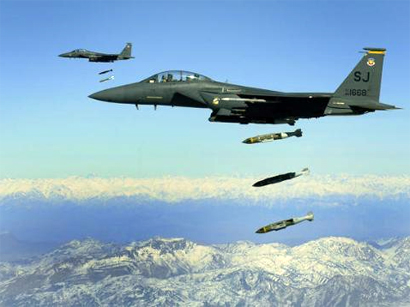 The US military conducted an airstrike in Yemen on June 16 that resulted in death of three members of al-Qaeda in the Arabian Peninsula (AQAP) terrorist group, including the emir for the Shabwah Governorate, Central Command said in a press release on Thursday, Sputnik reported.

"Abu Khattab al Awlaqi, the emir for AQAP’s terrorist stronghold in Shabwah Governorate, was killed in the strike along with two of his AQAP associates," the release said.

CENTCOM said al Awlaqi, who was responsible for planning attacks, had significant influence within AQAP and had ties to the senior leaders.

CENTCOM said the strike was supported by the government of Yemen.