US to provide $89m for Ukraine demining 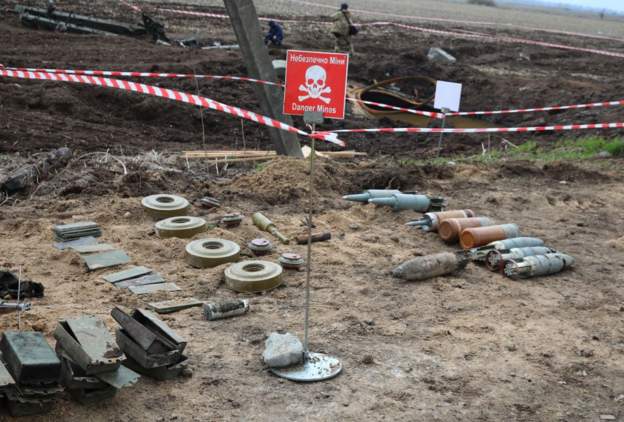 The United States has announced it will provide $89m (£73m) to Ukraine for removing land mines put in place by Russian forces, News.az reports citing BBC.

About 160,000 mines have been defused in Ukraine since March, but around five million Ukrainians still live in areas threatened by bombs planted by the Russians, according to the US State Department.

An official says Ukraine's challenge to attempt to disarm unexploded ordnance "may be on a par" with similar efforts in Vietnam, Cambodia and Laos following the American war of the 1960s and 70s.

"Russia's unlawful and unprovoked further invasion of Ukraine has littered massive swaths of the country with landmines, unexploded ordnance, and improvised explosive devices," the State Department says in a statement.