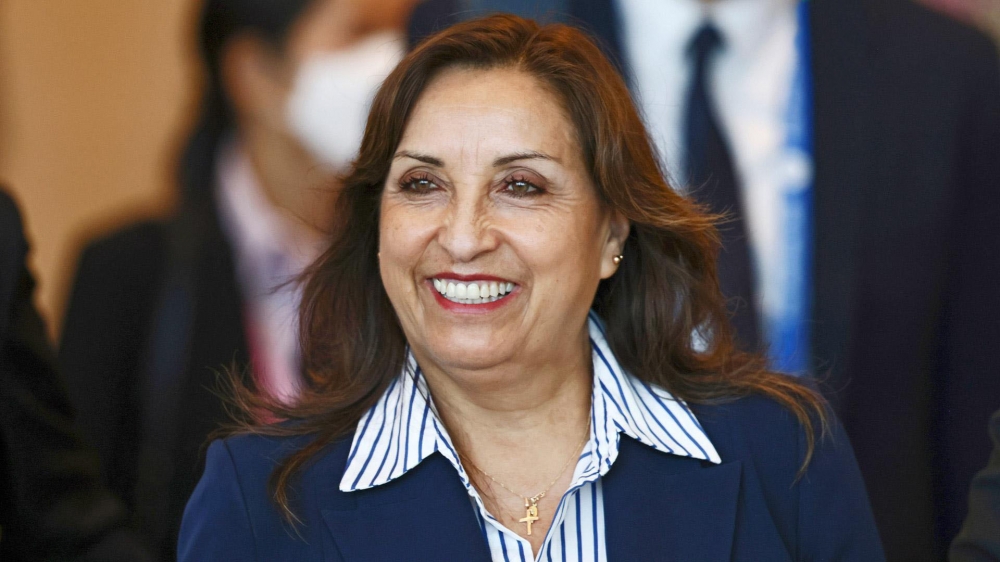 With the appointment, Boluarte became the first female president of the politically volatile nation.

Hours earlier, police arrested Castillo after he attempted to dissolve Congress in the morning.

Castillo said in a televised speech that he would demand congressional elections to approve a new Constitution, an announcement he made just hours before lawmakers voted to oust him from office.

"Elections will be called for a new Congress with constituent powers to prepare a new Constitution within a period of no more than nine months," he said.

The move was immediately condemned by political forces, including the party that brought him to power, Peru Libre (Free Peru), and a series of Cabinet resignations followed.

Vice President Boluarte “rejected” Castillo's decision to “perpetrate the breakdown of the constitutional order by closing the Congress," while the nation’s ombudsman called Castillo's attempt to dissolve Congress a "coup."

Following the chaos generated by Castillo’s statement, local media reported that the president had gone to the Mexican embassy in the capital Lima to request asylum.

A video circulating on social media showed how the police intercepted the car in which Castillo was being transported and took him to the police station.

Meanwhile, Castillo’s opponents in Congress moved toward a third attempt to remove him from office. Lawmakers voted 101-6 with 10 abstentions to remove the president, citing reasons of "permanent moral incapacity."

The former president had gone through two unsuccessful impeachment proceedings and was facing investigations for allegedly committing crimes related to a “criminal organization,” but he had denied the allegations, saying “economic interest groups” were looking to oust him.

In 2018, then-President Pedro Pablo Kuczynski faced an impeachment motion but resigned before the vote.