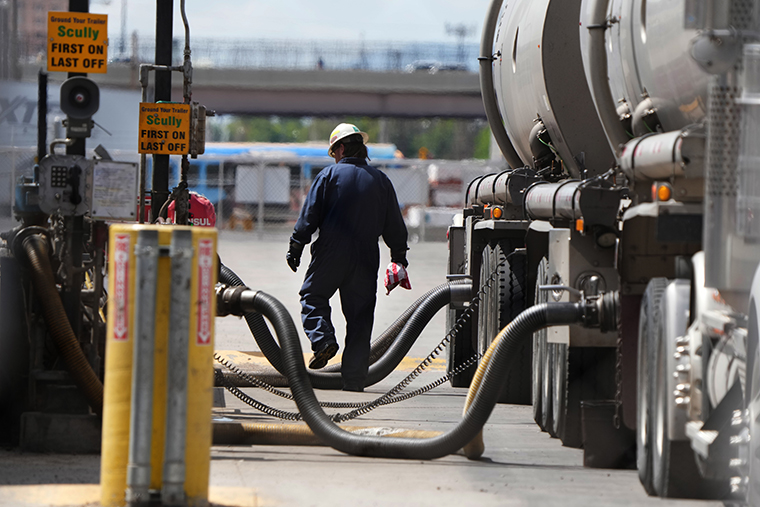 Brent crude oil climbed on Thursday to the highest level since late March, signaling more pain for drivers filling up at the gas pump, News.az reports.

Investors are watching nervously as European officials attempt to reach an agreement on phasing out Russian oil, a step that would further scramble energy flows.

“Oil prices keep grinding higher and it’s tough to see how that doesn’t continue if an oil embargo is put into place,” said Matt Smith, lead oil analyst for the Americas at data and analytics firm Kpler.

Oil prices remain significantly below the recent peak set in March during the initial shock after Russia invaded Ukraine. Brent topped out at $139.13 a barrel in early March, while US oil hit $130.50 a barrel.

“We have an orderly march higher, rather than some panic-induced price spike,” Smith said.

Gas prices are at record highs, though they have begun to level out. The US national average for regular gasoline edged higher on Thursday to a fresh record of $4.60 a gallon, according to AAA. That’s 30% more expensive than the day before Russia invaded Ukraine.