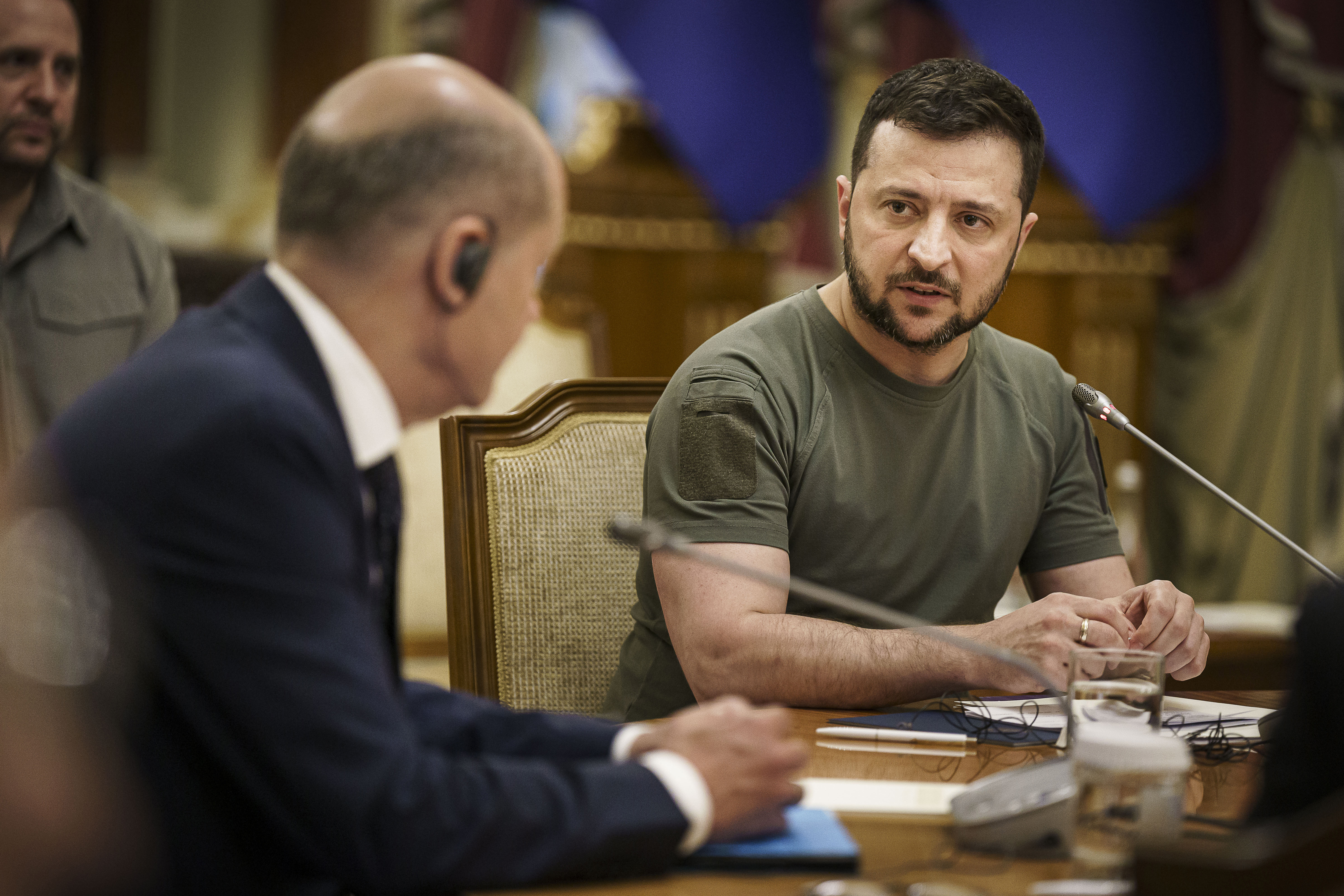 Ukraine's President Volodymyr Zelensky on Thursday said Russia's invasion has a goal "to break Ukraine and to break the whole of Europe through Ukraine," News.az reports citing UNIAN.

During a joint press conference in Kyiv with German Chancellor Olaf Scholz, French President Emmanuel Macron, Italian Prime Minister Mario Draghi and Romanian President Klaus Iohannis, Zelensky told his counterparts that Russia's attack on Ukraine amounted to an attack on all of Europe:

"Russia wants to demonstrate that united Europe is unable to be effective and that European values do not work for protecting freedom. We can and we should break this scenario and prove them that Europe will continue to be free, democratic and ... united," he said.

Zelensky said the best way to demonstrate "our common and strong position" is by supporting Ukrainian integration into the European Union, adding that Ukraine's status as candidate for EU membership "can amplify freedom in Europe historically and become one of the key European decisions of the first third of the 21st century."

Zelensky said Ukraine is ready to work to become a full EU member.

"We understand that that the path to the European Union is really a path and it is not one step. But this path must begin, and we are ready to work so that our state is transformed into a full member of the European Union, and Ukrainians have already earned the right to embark on this path," he said.

The Ukrainian president has called on EU leaders to give his country fast-track membership to the bloc through a shortened procedure to counter Russian aggression.

Zelensky said the total number of Russian missiles used against the civilian population in Ukraine has "already reached 3,000 this month," adding that the sooner Ukraine receives more powerful weapons from the West, the faster it will be able to end the Russian attacks.

"Each batch of such supplies equals rescued Ukrainians. And every day of delaying or postponing decisions is a chance for the Russian military to kill Ukrainians or a chance to destroy our cities. There is a direct connection: The more powerful weapons we get, the faster we can liberate our people and liberate our land," Zelensky said.