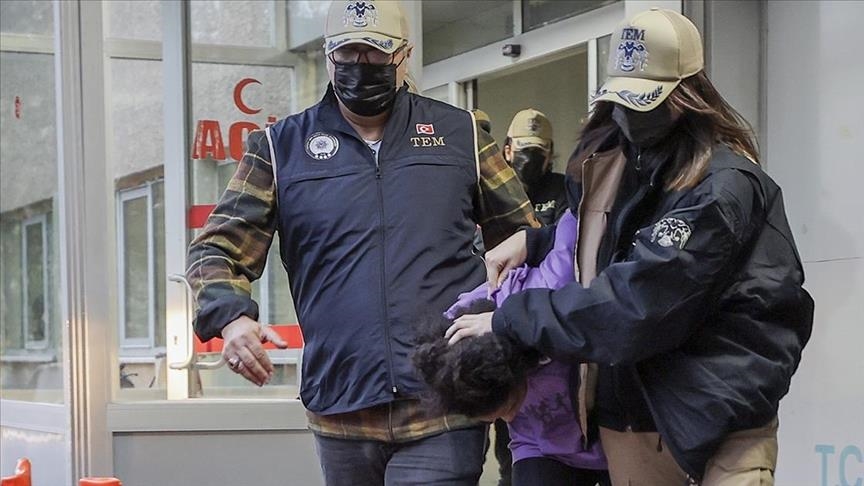 They include Syrian national Ahlam al-Bashir -- the PKK terrorist who confessed to planting the bomb.

The suspects’ statements had been taken earlier by the 3rd and 4th Istanbul Criminal Court of Peace.

Also, three of the suspects were released on bail.

Earlier, 49 suspects who were transferred to the courthouse after completing procedures at the police station were questioned by 29 public prosecutors at the Istanbul Chief Public Prosecutor's Office.

Following deposition proceedings, the prosecutor's office referred 17 suspects to the court for remanding in custody, including Al-Bashir.

The Istanbul Chief Public Prosecutor's Office continued its investigation Thursday into the weekend bombing, which claimed six lives and injured 81.

Two of the victims are in critical condition, according to security sources who spoke on condition of anonymity due to restrictions on speaking to the media.

Al-Bashir said she lost touch with her boyfriend but has maintained her connection with the terrorist group ever since.

Security forces determined that Ferhat H, the owner of a workshop in Istanbul's Esenler district, where Al-Bashir and fugitive suspect Bilal H. stayed, was also linked to the terrorist organization.

Ferhat H. made terrorist propaganda through his social media account and hosted Al-Bashir and Bilal H. at his home on the instructions of the terrorist group, said sources.