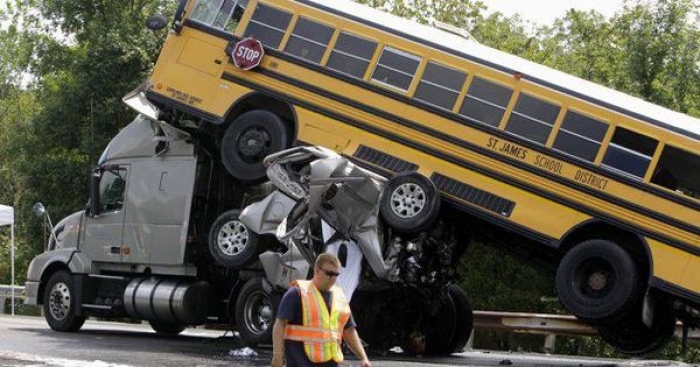 The accident occurred around 5:30 p.m. when the minibus rented by a kindergarten veered off the road and fell into a ditch in Lingui District in the city of Guilin, according to the publicity department of the district.

The injured are being treated in two local hospitals. They mainly suffer from bruises, the department said.

The 11-seat bus carried a total of 34 people when the accident happened. The driver has been held in police custody and the cause of the accident is being investigated.