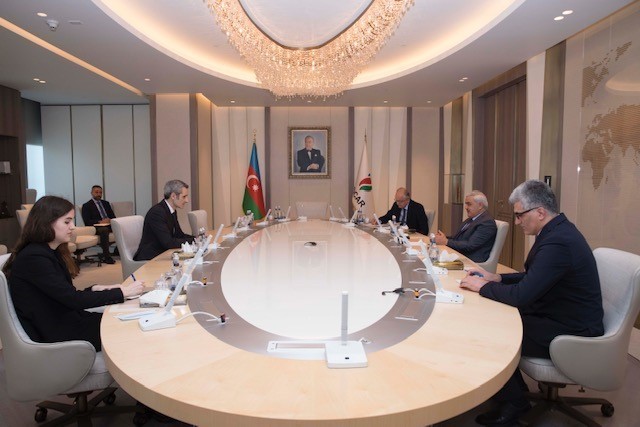 The ambassador stated that energy is one of the cores of France-Azerbaijan cooperation. According to him, the French company Total is engaged in the implementation of the Absheron project, which is of great importance for France.

It was noted that despite the global economic recession due to the coronavirus, the implementation of the Absheron project continues on schedule, and no change is expected.

The sides discussed the participation of another French company Technip in the modernization of Azerkimya PU as a general contractor and said that this project is being carried out on schedule too.