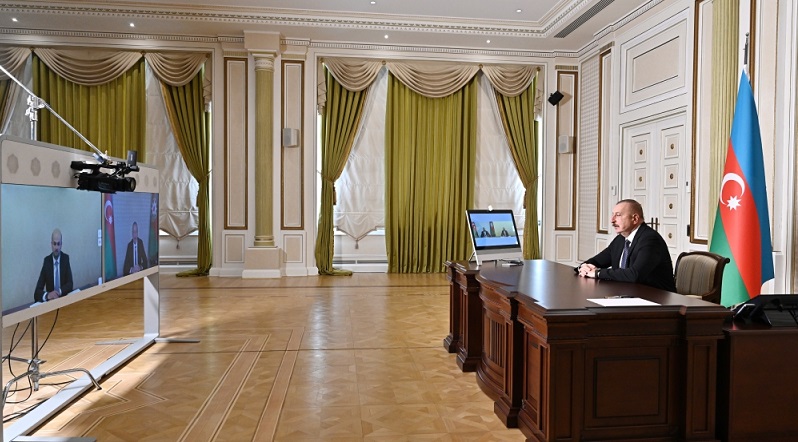 All the resources and funds have been mobilized for the speedy return of former IDPs to the liberated Azerbaijani territories, President Ilham Aliyev said as he received in a video format Vahid Hajiyev due to his appointment as Special Representative of the President in Zangilan district, which is included in East Zangazur economic region, News.Az reports.

The head of state noted that last year and this year, 2.2 billion manats were allocated for these purposes, making up a total of 4.4 billion manats.

“This year, our economic growth is faster, and in the first quarter of the year, the economy grew by about 7 percent. Our revenues have increased. Therefore, I think that we need to allocate additional funds for urgent work. We must allocate additional funds for the restoration of liberated lands. The government has been instructed on this issue. Probably in the near future, we will officially confirm this so that we can do more this year,” he said.

President Aliyev stressed that there is a lot to be done. “Therefore, the first project on the return of former IDPs, as I said, will be implemented soon. It is necessary to start other projects,” the head of state added.