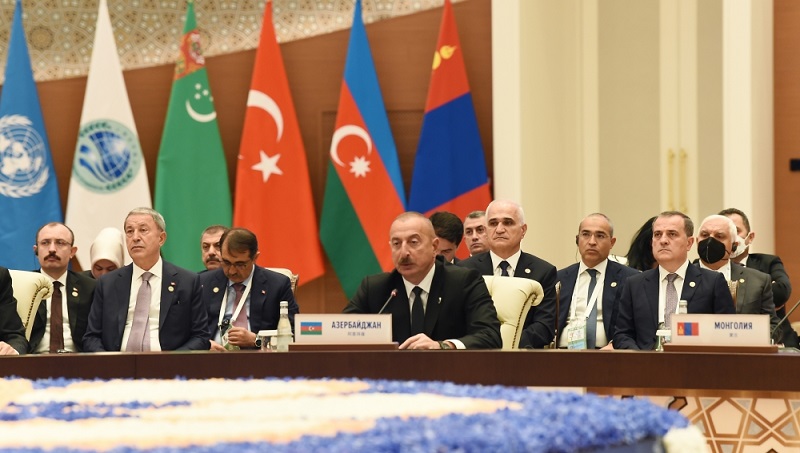 Armenia’s recent provocation on the border with Azerbaijan is a huge blow to the normalization process between the two countries, President Ilham Aliyev said as he addressed a summit of the Shanghai Cooperation Organization (SCO) member states in Samarkand on Friday, News.Az reports.

The head of state recalled that Azerbaijan presented five basic principles for the peace agreement to Armenia based on the mutual recognition of each other's sovereignty and territorial integrity.

“Now, we need without preconditions and artificial delays to start the work on the draft peace treaty,” he noted.

“But unfortunately, on 13 September this year Armenia perpetrated large-scale military provocation at the state border with Azerbaijan. Azerbaijani Armed Forces resolutely repulsed the Armenian provocation. This provocation is a huge blow to the normalization process between two countries. All responsibility for this lies with the military-political leadership of Armenia,” President Aliyev added.