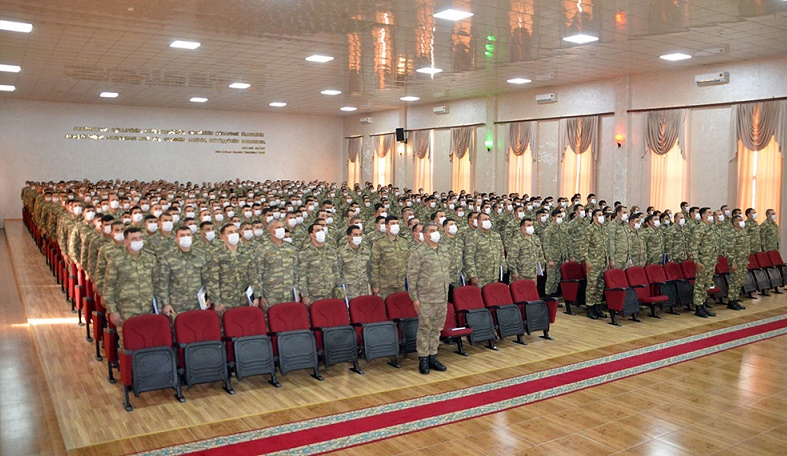 A group of Azerbaijani servicemen who took part in the "Resolute Support" mission in the Islamic Republic of Afghanistan has been awarded by the order of the Minister of Defense.

A ceremony of presenting awards to Azerbaijani peacekeepers who represented the country and army at a high level by demonstrating courage and self-sacrifice during the performance of their duties and tasks.

Major General Kanan Seyidov read the order of the Minister of Defense and presented the servicemen with the medals of the Republic of Azerbaijan "For Heroism" and "For Distinguished Service".

It should be noted that the Azerbaijani servicemen taking part in the Resolute Support Mission in Afghanistan were awarded the medals "For Bravery" and "For Military Service" by the relevant Order of the President of the Republic of Azerbaijan on October 7, 2021.