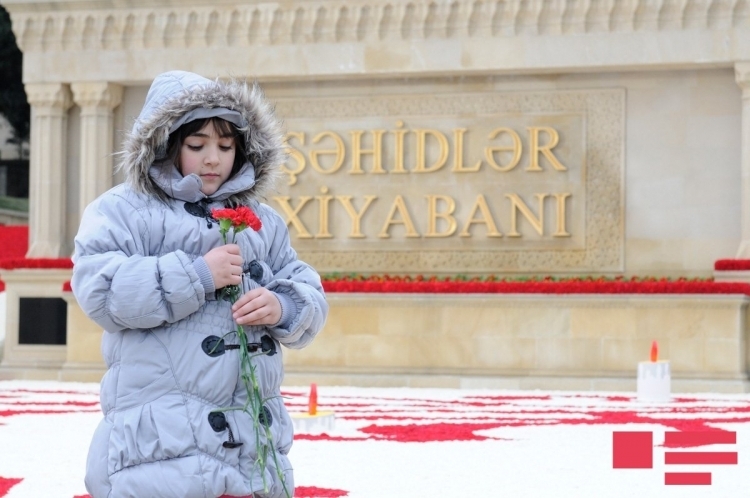 Today, Azerbaijan commemorates the 27th anniversary of the 20 January Tragedy.

January 20 was declared in Azerbaijan the Day of National Mourning, APA reports.

On the night of January 19 to 20, 1990, the Soviet Army attacked Baku and shot down peaceful people. As many as 137 people were killed, 744 were wounded and 841 were illegally arrested.

Like every year, this year the government officials of Azerbaijan, foreign diplomats, ordinary citizens will also visit the Alley of Martyrs where the victims of the January 20 tragedy were buried.

The visitors of the Alley of Martyrs will move through the Parliament Avenue.

Baku police will tighten security in the city in connection with the Day of National Mourning.

Each year, Azerbaijani embassies, diplomatic missions and communities in foreign countries organize numerous events to attract the attention of the world community to the Bloody January tragedy.

Memory of the victims will be commemorated with a minute of silence at 12.00 Baku time on January 20. Ships, cars and trains will signal. The national flags will be lowered in Azerbaijan as a sign of mourning.

In 1994, the Milli Mejlis (parliament) of Azerbaijan passed a special decision on the January 20 tragedy.