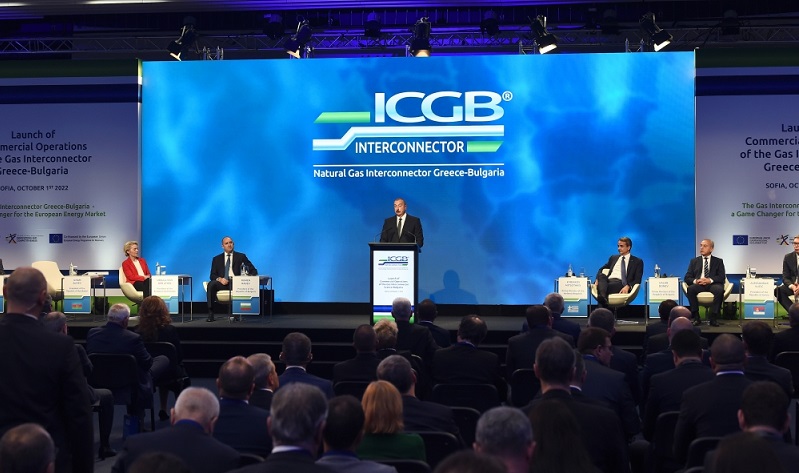 The official visit of the President of the Republic of Azerbaijan Ilham Aliyev to Bulgaria from September 30 to October 1 should be evaluated as an important success of Azerbaijan’s foreign policy. The visit signified the high level of relations and demonstrated a great potential for deeper cooperation between the two countries. It should be noted that the relations between the two states are of a strategic nature. Bulgaria is one of the nine countries in the European Union with which Azerbaijan has signed a document on strategic cooperation. This document, signed 17 years ago within the framework of the visit of Azerbaijan’s head of state to Bulgaria, laid a solid foundation for the development of bilateral relations and marked the beginning of further successes.

Today, Azerbaijan plays an important role in Bulgaria's energy security. The opening of the Greece-Bulgaria interconnector (IGB) was carried out within the framework of the latest visit of President Ilham Aliyev. This interconnector will allow the delivery of Azerbaijani gas to Bulgaria. Against the backdrop of the existing energy crisis in Europe, Azerbaijan’s importance as an alternative supplier was highly appreciated by the head of the temporary government of Bulgaria, Ghilub Donev, the president of the European Commission, Ursula von der Leyen, and the president of Serbia, Aleksandar Vučić, at the opening ceremony.

Apart from the cooperation in the gas exports, Azerbaijan stands ready to become an important player also in the electricity supplies to Europe. The document on the strategic partnership in the energy field signed between Azerbaijan and the EU in July encourages the side for deep cooperation on the renewable energy sector as well. “I am sure Azerbaijan will soon become a reliable electricity supplier to Europe and the proven reserves of our wind potential only in the Caspian Sea is 157 gigawatt and now we are already discussing with our European partners how to bring this energy to the European continent”, declared President Aliyev in his address to the opening ceremony of the IGB.

In addition to acting as a reliable partner in the severe energy crisis that Europe is currently facing, Azerbaijan is also an important partner of the European Union in a number of non-energy fields. In the context of disruption along other transport lines due to the current geopolitical situation, the importance of the East-West transport corridor and Azerbaijan as the key country of this corridor has increased significantly. From this point of view, it is not surprising that Azerbaijan-Bulgaria cooperation in the field of transport has reached a new level. Azerbaijan has a strategic position in the Caspian region, and Bulgaria has a strategic position in the Black Sea, and cooperation between the two states is of increasing importance for ensuring stable transport links between Europe and Asia in general.

Vasif Huseynov, Head of Department at the Center of Analysis of International Relations (AIR Center), especially for News.Az