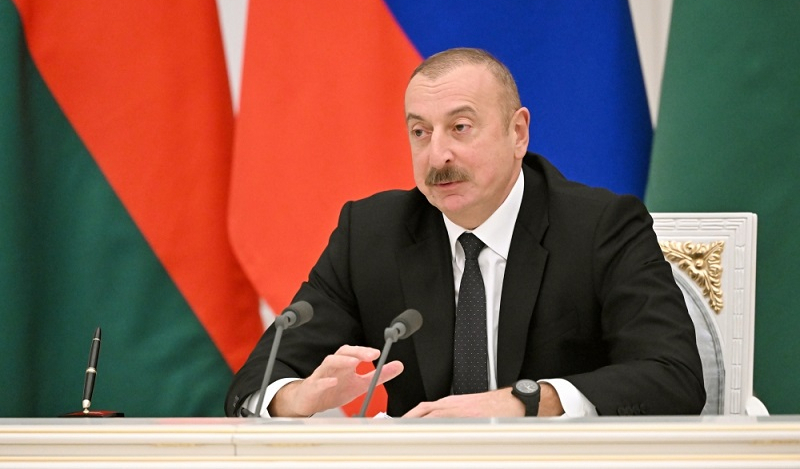 Baku expects Yerevan to fully comply with all the provisions of the Declaration of 9-10 November 2020 regarding the withdrawal of all Armenian armed forces from the territory of Karabakh, as well as the opening of communications between the main part of Azerbaijan and the Nakhchivan Autonomous Republic, which is a legal obligation of the Armenian side, Azerbaijani President Ilham Aliyev said.

The head of state made the statement at a press conference following the talks with his Russian counterpart Vladimir Putin in Moscow on Tuesday, News.Az reports.

“Unfortunately, work in this direction is progressing at a very slow pace. As I have already noted, President Vladimir Vladimirovich Putin has played an important part in ending the war, moving the settlement from the hot phase to the phase of political settlement. And Russia is our main partner in finding ways to normalize relations between Azerbaijan and Armenia today. There are opportunities for this,” he said.

The Azerbaijani leader added that the treaty will also cover the issues of clarification of borders, delimitation and other issues that are necessary for countries interested in regulating relations between themselves.