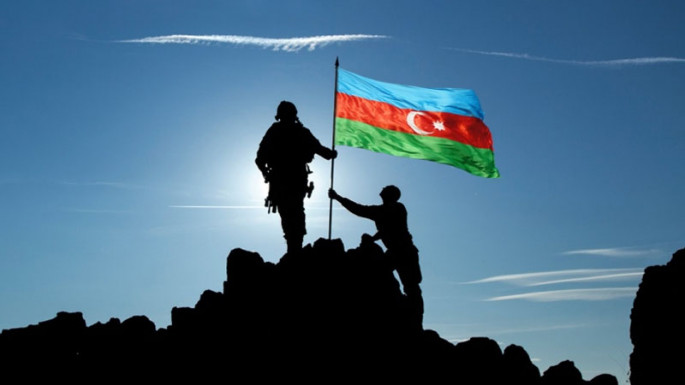 Today marks the sixth anniversary of the glorious April battles being one of the splendid historic victories of the Azerbaijani Army, News.az reports.

On April 2, 2016, in response to the provocations of the Armenian armed forces, the Azerbaijani Army heavily defeated the enemy with a rapid counter-attack operation and liberated a part of the occupied Fuzuli, Jabrail, and Aghdere regions with an area of over 2,000 hectares.

Besides, a territory with an area of thousands of hectares came under full control of the Azerbaijani Army. The Azerbaijani Army allowed our people to experience the joy of victory after 23 years by the four days of April battles.

The purpose of the counter-attack operation conducted by our Armed Forces of Azerbaijan was to eliminate the danger posed to our residential settlements situated on the line of contact with the Armenian armed forces. For instance, beginning in March 2016, the units of the Armenian armed forces had started to be subject to more frequent fire in the residential buildings situated in the frontline zone. In order to escalate the situation, the Armenian military units brought under fire from artillery cannons both our battle positions and our residential settlements adjacent to the contact line. Overnight into April 2, the enemy was subjected to fire in all our positions, as well as the civil population. The Azerbaijani side immediately took a decision regarding the implementation of adequate measures, and resolute retaliatory blows were launched. The coordinates were determined on the front line and the depth of the enemy’s defense and the personnel and military equipment of the Armenian army were destroyed.

The most intense part of the front line during the April incidents was Aghdere-Terter-Aghdam and Fuzuli parts. At the beginning of April, in a short time, the units of the Azerbaijani Armed Forces detected the enemy’s forces concentrated at the frontline and at the depth of the enemy’s defense line and destroyed them by resolute blows. As a result of the successful operations, the heights in the direction of Talysh village that would pose a danger to Naftalan City were liberated from the enemy. Besides, in order to defend Horadiz City from the threat posed by the enemy, the Leletepe height is situated in the direction of the Fuzuli region and is quite a significant point that allowed for keeping under control a wide area was liberated from enemies.

As a result of the Azerbaijani army’s resolute blows, up to 30 tanks, over 25 artillery cannons, and other armored machinery of the enemy were destroyed, 320 servicemen of the enemy were killed, over 500 fighters of the enemy were wounded. The keeping under control of the roads leading to Aghdere-Madagiz was ensured.

The “invincible Armenian army” myth developed for many years was dispersed during the April battles, and the Armenian people understood that the occupational policy had failed. The April victory was a manifestation of our soldiers’ fighting spirit and the unity of the army and the people.

After the successful April operation, Armenia’s occupational policy was proved once again with undeniable facts. For instance, the fact that most soldiers killed in the battles were the Armenian servicemen, they were rewarded by the Armenian government, a major part of the wounded soldiers were treated in Armenia’s medical institutions and the attempt was made by the Armenian government to fill the trenches left by the Armenian army with the “separatist butchers” acting under the title of so-called volunteers by sending them again to Karabakh and other evidence are the visual proofs of Armenia’s occupational policy.

During the provocations committed by the Armenian army at the contact line, there were also killed and wounded casualties among the civil population, and great damage was caused to our residential settlements.

A group of specially distinguished Azerbaijani servicemen were given sonorous honorary titles and were awarded orders and medals by relevant orders of the President of the Azerbaijan Republic on April 19, 2016, for the heroism and bravery demonstrated during the preservation of territorial integrity of the Azerbaijan Republic, prevention of the armed provocations committed by the Armenian occupants on the troops’ contact line during April 2-5, 2016 and repulsion of the enemy’s attacks on the civil population.

Among the persons having been awarded for their merits to the Fatherland, there were also the servicemen given the honorary title of “National Hero of Azerbaijan”, the “Azerbaijani Flag” and “For merit to Fatherland” orders, and “For the sake of Motherland”, “For bravery” and “For military merits” medals.

As a logical continuation of the successful April battles, Azerbaijani Army has liberated our lands from the occupation during 44 days starting from September 27, 2020, Armenia was forced to sign an act of capitulation.