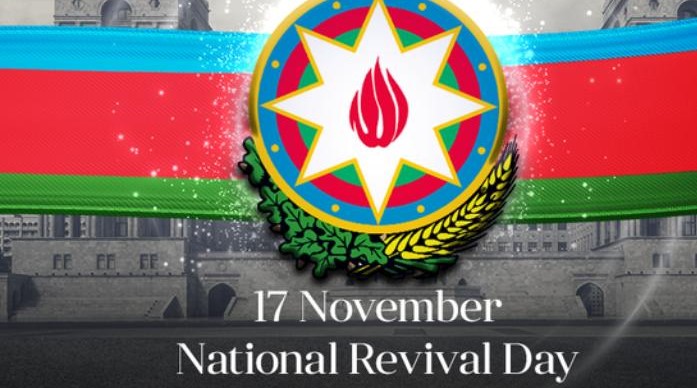 Hundreds of thousands of Azerbaijanis started an indefinite rally on Azadlig Square against the anti-Azerbaijani policy of the USSR on Nov.17, 1988.

The people took initiative to prevent these problems arising from the non-persistent policy of Moscow and local authorities and gathered in the central square of Baku on November 17, 1988, and began the mass protest action.

It was the largest protest action in the former USSR. Millions of people joined the protest action, which lasted for 17 days. The Soviet troops dispersed the nationwide rally in early December.

These events are regarded in Azerbaijan as the start of the national liberation movement and the main factor in gaining independence.

Although National Revival Day is celebrated at the state level in Azerbaijan, according to the relevant amendments to legislation in December of 2006, today is considered a working day.