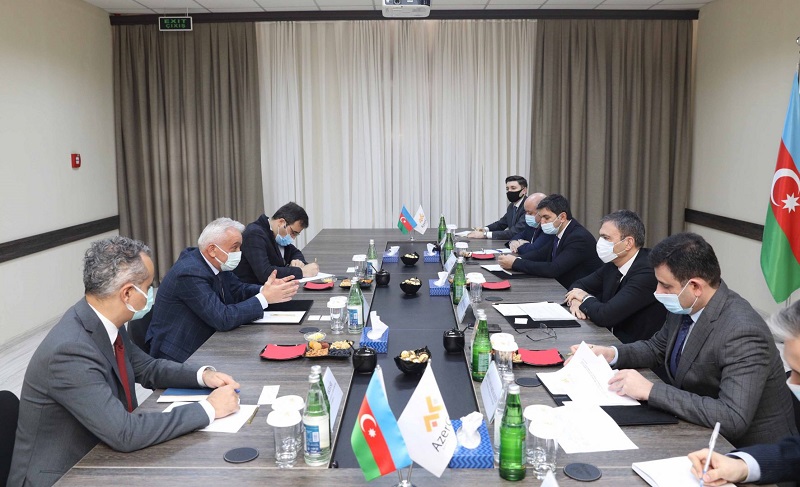 AzerGold CJSC plans to commission six more gold deposits, including the sulfide phase of the Chovdar gold deposit, as well as one polymetallic and four copper ores in 2021-2027, AzerGold Chairman of the Board Zakir Ibrahimov said, the company informs.

Ibrahimov made the statement at a meeting with representatives of Eti Bakir JSC, which is a subsidiary of Cengiz Holding, one of the largest in Turkey.

The parties noted the high level of friendly and fraternal relations between the two countries, the availability of great opportunities for expanding cooperation in the economic sphere, especially in the mining sector.

Ibrahimov provided detailed information on the activities of AzerGold, spoke about the projects being implemented to develop the mining sector.

In turn, the chairman of the board of Eti Bakir, Seref Cengiz, informed the Azerbaijani side about the company he headed, spoke about its leading positions in the Turkish market.

According to Cengiz, the cooperation agreement between the Azerbaijani government and Eti Bakir, signed in February 2021 in Ankara within the framework of the Turkish-Azerbaijani business forum, will make an important contribution to the partnership in the mining sector.

AzerGold chairman noted that the Karabakh region of Azerbaijan, liberated from Armenian occupation, has great economic potential and the available resources open up wide opportunities for bilateral cooperation in the mining sector.

AzerGold CJSC, as a state company is always ready to cooperate with the Turkish side in this sphere, Ibrahimov said.

During the meeting, an extensive exchange of views took place on the study of the latest technologies used in the mining sector, and in geological exploration.