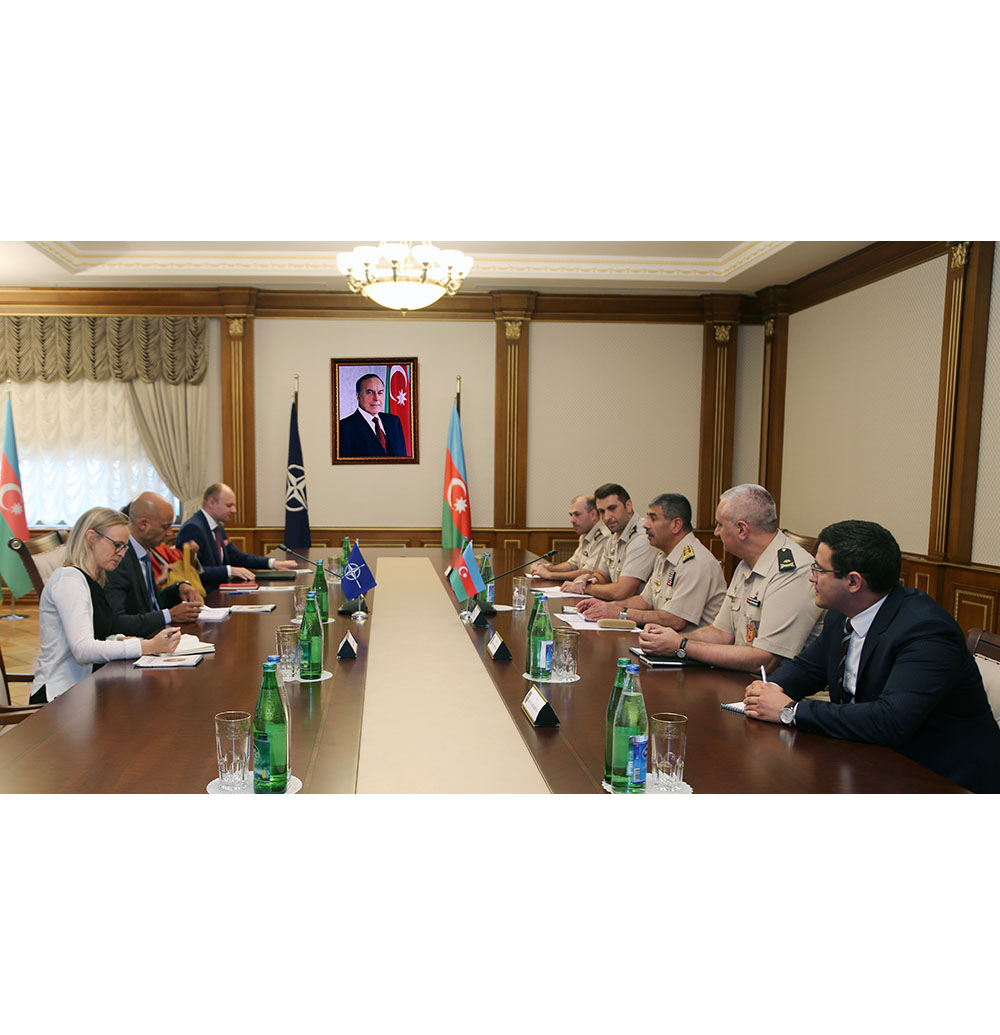 The Minister of Defense of the Republic of Azerbaijan, Colonel General Zakir Hasanov has met with a delegation headed by the NATO Secretary General's Special Representative for the Caucasus and Central Asia Mr. James Appathurai on September 26, Azerbaijan's Defense Ministry said.

Having noted that Azerbaijan is a NATO partner, the Minister of Defense stressed that the Alliance's position on security in the South Caucasus serves to strengthen Euro-Atlantic security, and is an important element of peace and stability in the region. The Minister highly appreciated the political support provided by NATO to the territorial integrity and sovereignty of Azerbaijan.

Highly appreciating the relationship between NATO and Azerbaijan, J.Appathurai expressed gratitude to the President of the Republic of Azerbaijan for the contribution made by Azerbaijani peacekeepers to international security in the framework of operations conducted in Afghanistan, further development of cooperation and active participation of Azerbaijani servicemen in various programs of the Alliance.

During the meeting, a wide exchange of views on the projects implemented within the framework of various programs, the current state and prospects for the development of the relations between Azerbaijan and NATO was held.