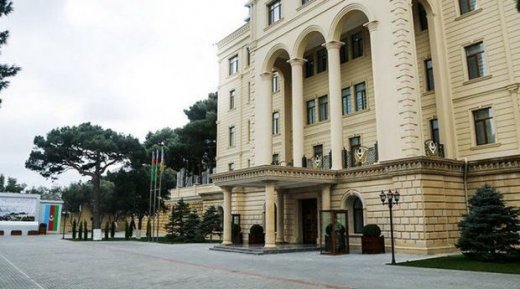 During the meeting chaired by Azerbaijan’s Defense Minister, Colonel General Zakir Hasanov, the current situation in the counter-offensive operation was analyzed and instructions were given to continue the planned, purposeful, and consistent destruction of the enemy forces, the Defense Ministry told News.Az.

Minister Hasanov instructed the troops to take vital important and necessary activities in the liberated territories.

The minister said that if the enemy uses Iskander operational-tactical missile systems, adequate retaliatory actions would be taken. He ordered the Azerbaijan Army to plan actions to deliver strikes at the military-strategic infrastructure on enemy territory using the weapons with great destructive power.