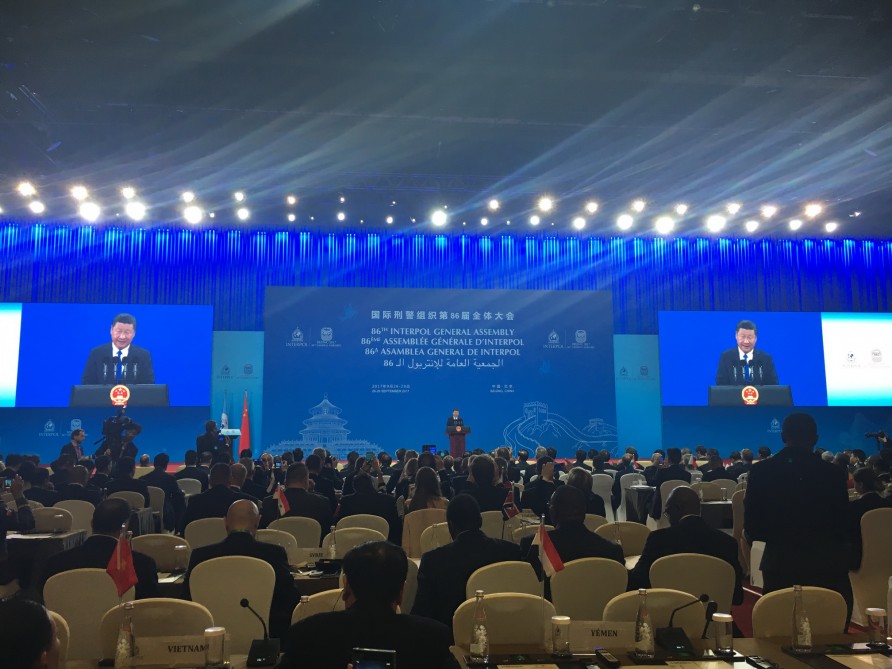 The 86th session of the General Assembly of International Criminal Police Organization (Interpol) has today started in Beijing.

In his opening remarks during the session that brought together delegates from 158 countries, chairman of the People's Republic of China Xi Jinping emphasized Interpol`s significant role in combating crime and promoting security in the world.

The Azerbaijani delegation will hold a number of bilateral meetings on the margins of the session.

As Interpol's supreme governing body, the General Assembly meets once a year and takes all the major decisions affecting general policy, the resources needed for international cooperation, working methods, finances and programs of activities.

It also elects the Organization's Executive Committee. The Assembly takes decisions by a simple majority in the form of resolutions. Each member country represented has one vote.