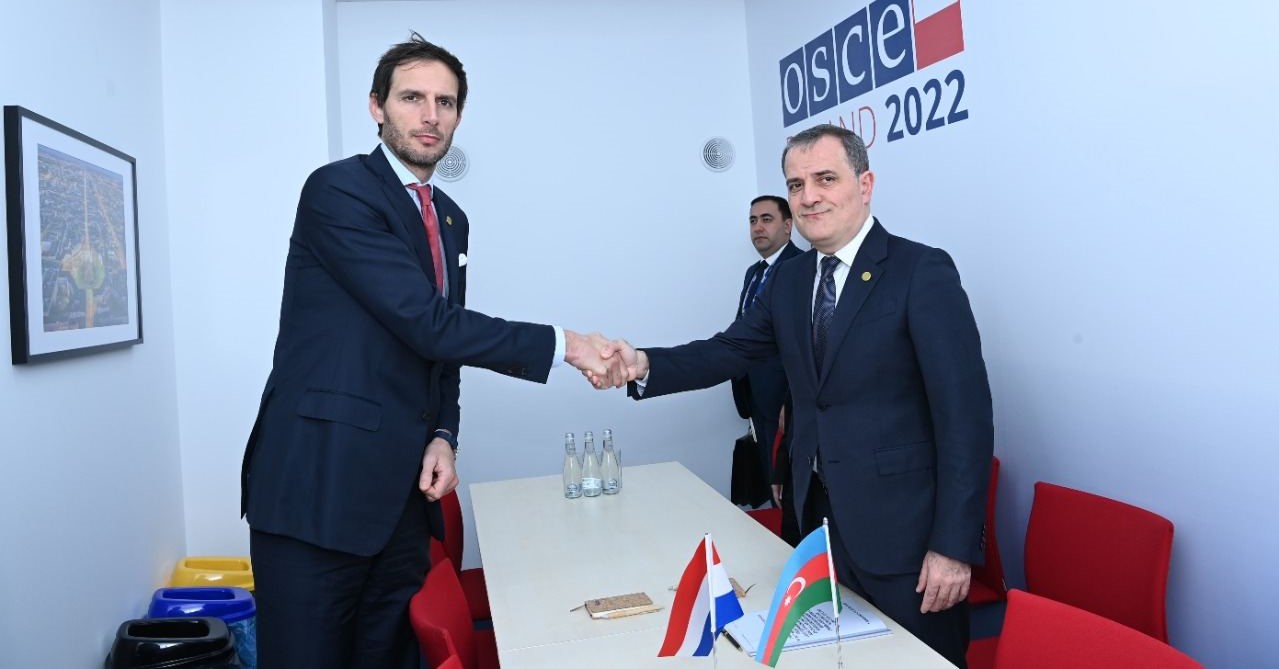 Minister of Foreign Affairs of the Republic of Azerbaijan Jeyhun Bayramov met with Deputy Prime Minister, Minister of Foreign Affairs of the Netherlands Wopke Hoekstra within the 29th Ministerial Council of the Organization for Security and Co-operation in Europe (OSCE) in Poland's Lodz on December 1, the Azerbaijani Foreign Ministry told News.az.

The ministers reviewed relevant topics on the Azerbaijan-Netherlands bilateral cooperation agenda, including the current situation in the South Caucasus.

The sides also outlined the potential for the development of existing ties between the two countries, as well as the importance of continuing the political dialogue.

Minister Bayramov informed his colleague on the new regional realities after the 44-day second Karabakh War, the normalization process between Azerbaijan and Armenia, as well as Azerbaijan's peace efforts. He noted that Armenian provocations, including the landmine threat policy impede peace process in the region.

The officials also exchanged views on other issues of mutual interest.