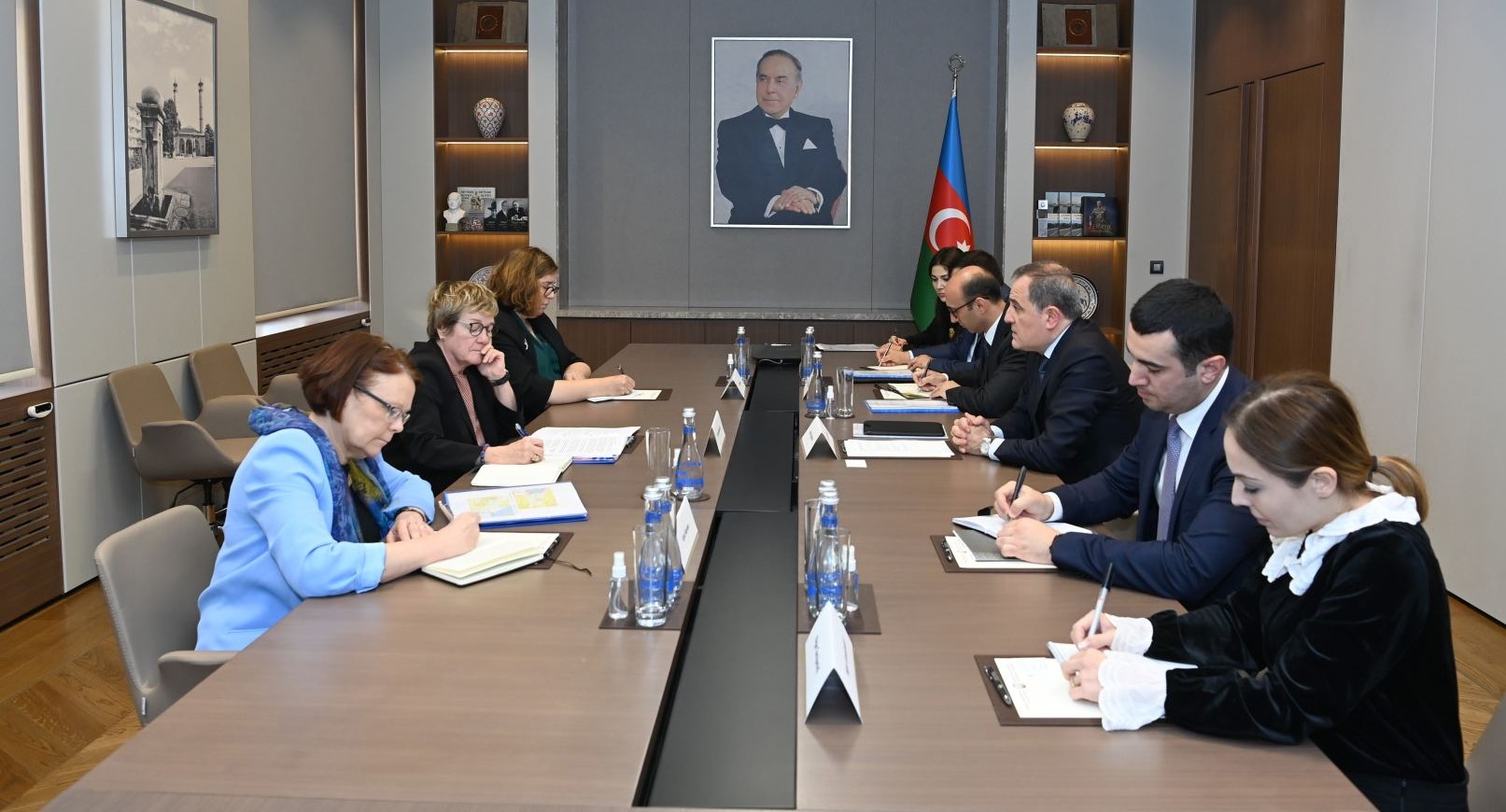 Finland supports the normalization process between Azerbaijan and Armenia, Under-Secretary of State for International Trade of the Ministry of Foreign Affairs of the Republic of Finland Nina Vaskunlahti said at a meeting with Azerbaijani Minister of Foreign Affairs Jeyhun Bayramov at the Finnish Foreign Ministry, the Azerbaijani ministry told News.az.

The sides discussed various aspects of bilateral and multilateral cooperation, areas of the Azerbaijan-EU collaboration, as well as the regional situation. The officials also exchanged views on strengthening political, economic, humanitarian, and educational interaction, as well as partnership in high technologies, investments, and culture.

Moreover, the meeting focused on regional energy and transport projects, implemented following the initiative of Azerbaijan, as well as joint work within international organizations. Minister Jeyhun Bayramov briefed Vaskunlahti on the latest situation in Azerbaijan's liberated territories, the landmine danger, and current state of the Azerbaijan-Armenia relations.

The minister underscored Azerbaijan's crucial role in economics, stressed the importance of signing a Memorandum of Understanding (MoU), which provides for doubling gas supplies to the EU, as well as enhancing cooperation on renewable energy sources.

As Bayramov noted, the trade turnover between Azerbaijan and the EU is satisfactory, but the sides have opportunities for its further increase as well.

Nina Vaskunlahti pointed out considerable potential of Azerbaijan and Finland for further expansion of bilateral ties in various fields. She emphasized the areas of cooperation in economics, environmental protection, education, and high technologies, as well as outlined Finland's involvement in Karabakh projects. The official expressed the country's support for the normalization of relations between Azerbaijan and Armenia.

Later, the sides exchanged views on other issues of mutual interest, as well as on issues of regional and international security.