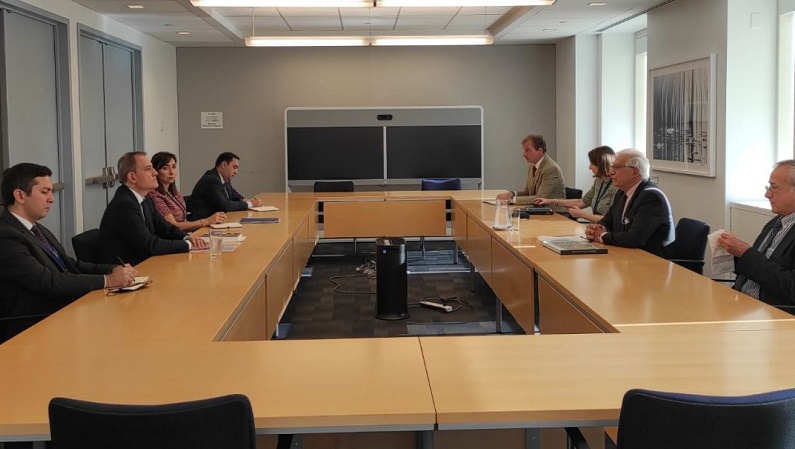 During the meeting, the sides exchanged views on further prospects for cooperation between the EU and Azerbaijan.

In this regard, the current status of negotiations on a bilateral agreement, which will form the legal basis of relations between Azerbaijan and the EU, was discussed. The importance of concluding a new agreement on the basis of the equal partnership was emphasized.

The preparation for the Eastern Partnership summit to be held at the end of the year was also discussed at the meeting. Then the sides exchanged their views on the recent situation in the region.

Bayramov informed the EU high representative on the issues related to post-war reconstruction and restoration, consequences of mass mining of the liberated territories of Azerbaijan by Armenia.

Borrell stressed the possibility of the EU's profile participation in reconstruction and restoration.

During the meeting, the sides also exchanged views on other issues of mutual interest.