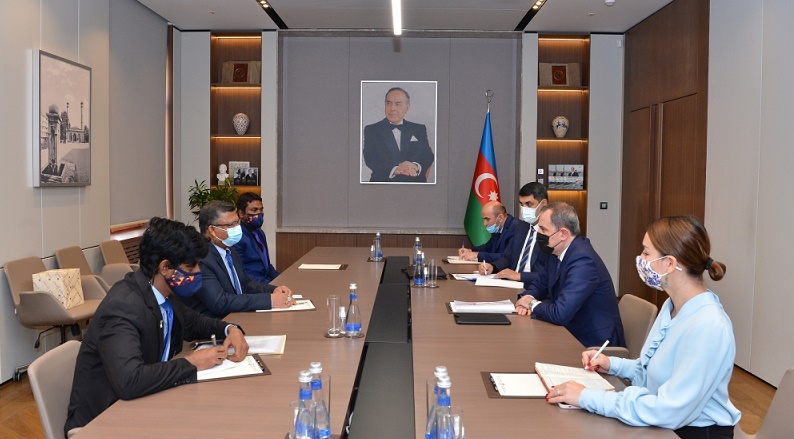 Azerbaijan`s Foreign Minister Jeyhun Bayramov has met with the newly appointed Ambassador of the People's Republic of Bangladesh to the country Gousal Azam Sarker.

The FM congratulated the ambassador on his new appointment. He noted that political relations between the two countries are at a good level and there are opportunities for the development of cooperation in a number of areas. Cooperation between Azerbaijan and Bangladesh on international platforms was highlighted.

Ambassador Gousal Azam Sarker noted that his country is interested in further expanding mutual cooperation based on traditional bilateral ties. He hailed the development of relations in the political and cultural spheres, noting that there are opportunities to expand economic ties.

The sides exchanged views on the development of relations between the two countries in a number of areas, including people-to-people contacts, education, tourism, industry and investment.

Measures taken within the framework of Azerbaijan's chairmanship in the Non-Aligned Movement, in particular, steps taken in response to global challenges, including in the fight against the pandemic, cooperation within the Organization of Islamic Cooperation, and in this regard, support by Bangladesh for Azerbaijan's fair position in connection with the past conflict, as well as cooperation within other international organizations were discussed at the meeting.